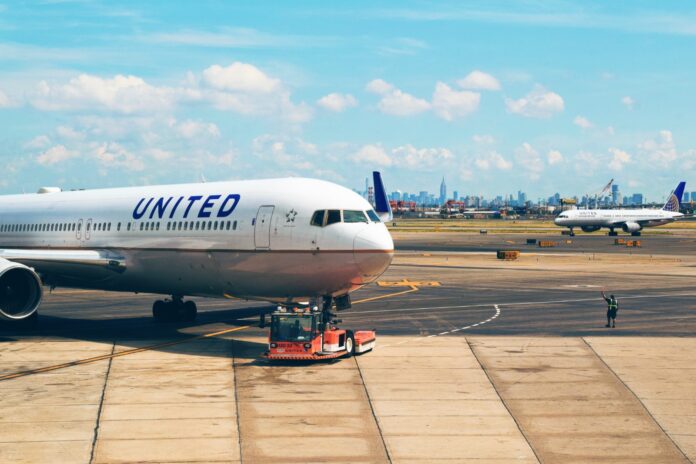 It’s hard to believe that some airlines could get an even worse reputation amongst travelers than they already have, but they keep finding ways to lower the bar for poor treatment of their paying customers. One of the most notorious problems we see is United Airlines abuse of passengers in many different ways. However bad you think they have been, certainly the story of Louis Zaharias and the disgusting disregard he was treated with will make your opinion of the airline even lower.

The aging man was traveling through John Wayne Airport in Orange County, California after visiting his sick aunt, when he suffered a traumatic brain injury, concussion, and multiple injuries to other parts of his body like the spine, shoulder and knees. On top off all that, the man is still in the midst of a three decade long search for his missing children.

All of these difficulties took place in front of United Airlines employees, who rather than helping a customer in dire need like you would expect, they simply laughed at a man in crisis who was forced to crawl on his hands and knees for aid.

It all started when the man was simply looking for some help with some lost items after his flight, according to Nehora Law firm. Returning from visiting his aunt, he has sentimental items that he received as gifts on the trip after seeing his aunt for potentially the last time. Being that these items held more weight than just monetary value, he was eager to get them back in his possession.

Like anybody would do, he went to the baggage claim office, which is where the United Airlines abuse began. After a long and tiring flight, the company wouldn’t give him any help in his search for the missing possessions, claiming he had to make full inventory of his possessions and couldn’t leave without losing his claim on the lost items.

From here, he accidentally smashed his head against a clear, nearly invisible plexiglass shelf that was attached to the wall. This forceful hit sent him flying to the ground where he sustained a concussion, traumatic brain injury, and the other serious injuries around his body.

Instead of coming to his aid like a compassionate person would expect, the United Airlines employees cruelly watched from a distance as the man in need was forced to crawl on the floor to get assistance. The serious injuries disoriented him, and sadly led to him vomiting and urinating himself. Like villains from a movie, the employees saw this distress and instead of helping, stood by and laughed at this person in need.

Luckly, authorities were eventually called and he got the help he so desperately needed, no thanks to the callous employees who watched the whole situation unfold. What kind of culture does your company create that would encourage these employees to stand idly by when a fellow citizen is in dire need of assistance? There are questions about the airline that need to be answered.

What makes this all the more tragic and infuriating, is that the man has been searching for his missing children for more than thirty years now. He should never have to face the neglect and staggering disrespect on display from the airline even in normal circumstances, but with that in his history of having missing children, it’s all the more appalling.

The Zaharias children went missing in 1987, when Christopher (three years old) and Lisa (fifteen months old) were abducted by their mother Susan. The parents were recently divorced and Susan was facing drug abuse issues and financial problems when she forcibly removed the children from their home, pushing their grandmother down a flight of stairs in the process.

Susan fled California with the kids and has never been found since then. There have been sightings in multiple cities around the country, but never leading to the securing of the now adult aged children.

At this point, the kids likely have no idea of their traumatic past, and have been raised without knowing who they are or the anguish that their father has been through over the last three decades in his search for them.

The story of the Zaharias children paints the picture of a man who has endured a struggle over the course of 30 plus years, and should be entitled to be treated with respect. Unfortunately in his travels, the airline did everything about as wrong as they possibly could. With the help of Nehora Law, hopefully some sort of justice can be done in his favor.

Airline with a history of offence

This is likely not the first time you have heard of callous, rude behavior from United Airlines in the treatment of their passengers.

In 2017 a video went viral of security officers forcibly removing an innocent man from his seat on the plane. The man, David Dao,

The situation arose after the airline overbooked the flight, and needed to transport 4 crew members to another city to work another flight. First, they offered financial compensation to the passengers to get off of the plane, not taking into account people on the plane might need to be on that exact flight. Once their attempts to bribe people off the plane because of their own mistake, then they called in the muscle to forcibly remove Dao from his seat.

As a paying customer, Dao refused. That’s when things got physical and local law enforcement and security assaulted him in their attempts to remove him from the seat he paid for. In the struggle, the abusers gave Dao a concussion, broke his nose, and broke two of his teeth. Pretty poor customer service by the company in a lot of people’s eyes.

One passenger who was on board that saw and heard the incident was traumatized by it, saying, “It was horrible. I had trouble sleeping last night and hearing the video again gives me chills.”

While many may be unaware of this egregious practice, airlines do have a system in place that allows them to “involuntarily de-board” passengers, which is simply a corporate way of saying they can unfairly kick people off flights even though the customer has done nothing wrong.

When speaking about the incident for the first time in 2019, Dao went on “Good Morning America” and decided to take the high road, especially when compared to the airline, saying he does not hold a grudge against those who removed him from the plane. “I’m not angry with them,” he said. “They have a job to do. They had to do it. If they don’t do it, they must lose their job. So, I’m not angry with them or anything like this.”

Truly a remarkable statement and a testament to how bad the airline looks in comparison to Dao. When viewing this situation and the incident in California, it shows a pattern of disregard for passengers.

This is a running theme of disrespect and humiliation from the company, and must be demanded that United Airlines abuse of their customers comes to an end. Hopefully both men will be able to move on from the mistreatment and live as normal of lives as possible.