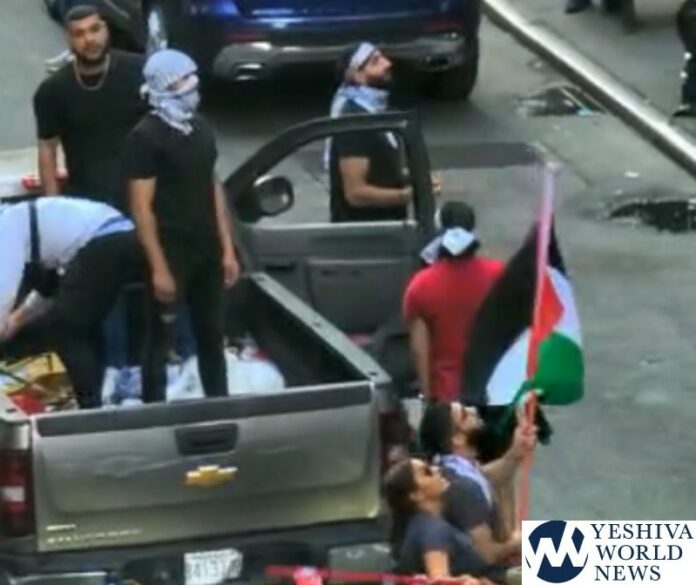 Demonstrations that brought out both pro-Israeli and pro-Palestinian supporters to midtown Manhattan on Thursday led to some tense confrontations, with police saying multiple arrests had been made.

There was no information on the number of arrests or the circumstances, but video clips posted to social media showed some punches being thrown before police stepped in and created space and barriers between the two sides.

Other videos showed what appears to be Hamas terrorists – dressed in Palestinian Kafiya’s and driving in the back of a pickup truck – in the nearby Diamond District, where Jewish store owners have had a longstanding presence.

In one video, people could be seen scrambling to get some distance after an explosive device was lobbed at Jews.