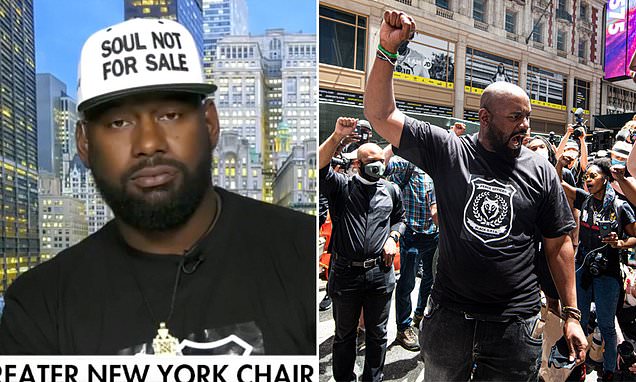 Black Lives Matter leader Hawk Newsome threatened NYC Mayor-elect Eric Adams that there will be “bloodshed” in New York if the new mayor goes “back to the old way of policing.”

“If they think they are going back to the old ways of policing, then we’re going to take to the streets again. There will be riots. There will be fire, and there will be bloodshed,” Newsome said.

“I am not threatening anyone,” Newsome said immediately after making his threat. “I am just saying that it’s a natural response to aggressive oppression – people will react.”

The BLM leader’s comments came after a contentious sit-down meeting with Adams where they discussed possible reforms for the incoming Adams administration.

“There’s one thing that we do agree on, that we need to change conditions that people are living in, historical conditions. And the conditions have not changed,” Adams said in the meeting.

“If Black lives truly matter, then we must address violence in our communities while we address bias in policing,” Adams added. “Yelling and not listening gets us nowhere.”