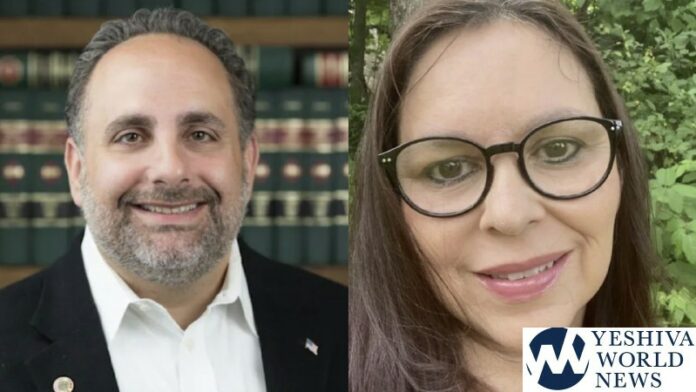 Republican Katherine Rappaport has knocked off incumbent Fallsburg Supervisor Steven Vegliante after a judge ruled that several hundred challenged ballots could be counted.

An attorney by trade, Vegliante led the town of Fallsburg for 12 years and was seeking reelection to another 2-year term as town supervisor. Rappaport, a school board member, created a third-party ballot line to run for the office.

Immediately after election day, Vegliante led Rappaport by 406 votes, but that lead evaporated after election officials began counting the some 990 absentee ballots cast in the election.

Vegliante challenged many of the ballots, alleging that voters were registered to vote in both Fallsburg and New York City, gave incomplete or unknown addresses on their registrations, or were given ballots despite missing the application deadline.

Ultimately, a judge ruled that the ballots should be counted, handing Rappaport a victory margin on 271 votes.

One of the reasons Vegliante lost was due to his lack of support among local homeowners, many of them Jewish. who were disgusted with the way they were being treated. Despite what local Jew-haters like to say, the thousands of Jewish homeowners in Fallsburg pay a fortune in taxes, with many suggesting that the majority of taxes collected in the town come from Jewish residents. These taxes go towards many programs that don’t even benefit the Jewish population, including paying for the local public school.

Despite paying so much in taxes, Jewish residents have reported extreme difficulties with dealing with the town in getting any sort of approvals, even for things like minor construction projects. YWN notes that countless local residents were fed up with Vegliante as well. In fact, sources tell YWN, that Vegliante received less votes in this election, than in any previous election when he had no opponent.

Jewish residents were also disgusted by the way Vegliante treated the Woodbourne Shul, placing a stop work order on the shul, which was trying to build an outdoor deck. Vegliante not only provided no reasonable explanation for the stop work order, and even had the chutzpah of campaigning at the shul this past summer, claiming he is a great supporter of it.

Vegliante did have some support in the Jewish community, however. One “askan” friend of disgraced former Governor Andrew Cuomo came out guns-blazing for Vegliante, vouching for what an amazing person he is. He also hired Ezra Friedlander to promote himself in the hopes of winning. The Jewish residents of Fallsburg disagreed.

Even in his loss, Vegliante has remained defiant, writing in a Facebook post that he will not congratulate victor Kathy Rappaport “as I do not believe in celebrating a win gathered through immoral practices.”