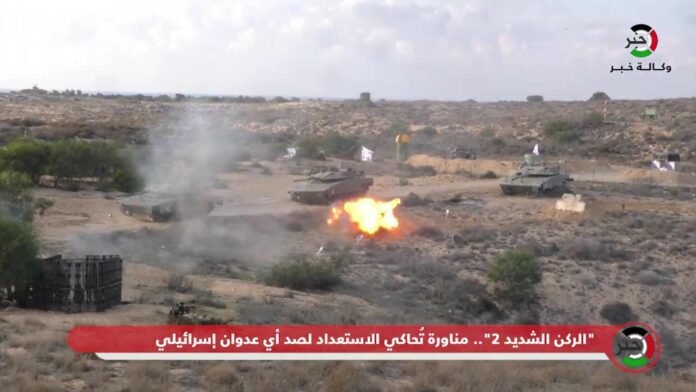 Hamas terrorists took part in a recent drill simulating and preparing for the kidnapping of Israeli soldiers, as well as attacks on Israeli military targets.

Hamas commander Muhammad Abu Nasira said the drill was in preparation for “a war of liberation,” according to the Middle East Media Research Institute (MEMRI).

Hamas currently holds 4 Israelis captive – the bodies of IDF soldiers Oron Shaul and Hadar Goldin, both killed in the 2014 Gaza war; Avraham Mengistu, a mentally unstable man who ventured into Gaza on his own accord; and Hisham al-Sayed, a 29-year-old Palestinian with Israeli citizenship.