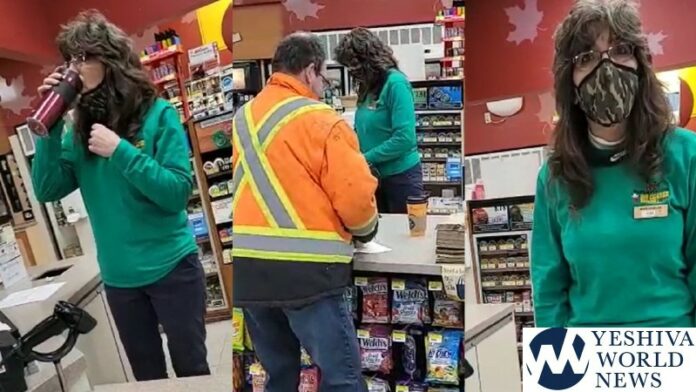 A cashier at a convenience store was caught on video denying service to a Hasidic Jew who wasn’t wearing a mask, while at the same time allowing another customer who supposedly had a mask in his pocket be serviced.

In the video, the Jewish man asks the cashier, “Because I’m a Jew I’m not getting served?”

The man points out that another customer isn’t wearing a mask either, but she says that “he has it in his pocket” so it’s okay.

The Jewish man then notes how illogical her argument is but she doesn’t budge, saying she won’t argue about it and he has to get a mask to be served.

Sources tell YWN that this took place in the last gas station in the U.S. before crossing the Canadian border, possibly the “Maplefield’s Travel Center”.