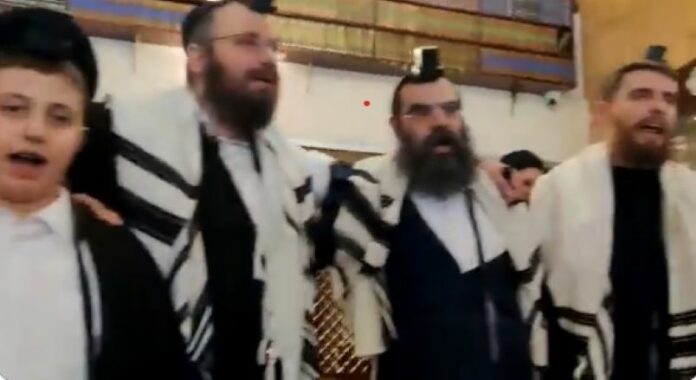 As war rages in Ukraine, members of the Jewish kehilla in Odessa, led by HaRav Avraham Wolf, Chabad shaliach and Chief Rabbi of Odessa, were mechazeik b’emunah by dancing and singing in shul after Shacharis.

Rav Wolf told i24NEWS that most of the Jews remaining in Odessa are stuck because they can’t get passports. “Whoever had an Israeli passport escaped,” he said.

HaRav Wolf is also still taking care of over 100 orphans who lack passports. “We tried to issue passports for children in the orphanage – for two weeks we worked on issuing these passports and didn’t succeed because it’s impossible, there’s no options.”