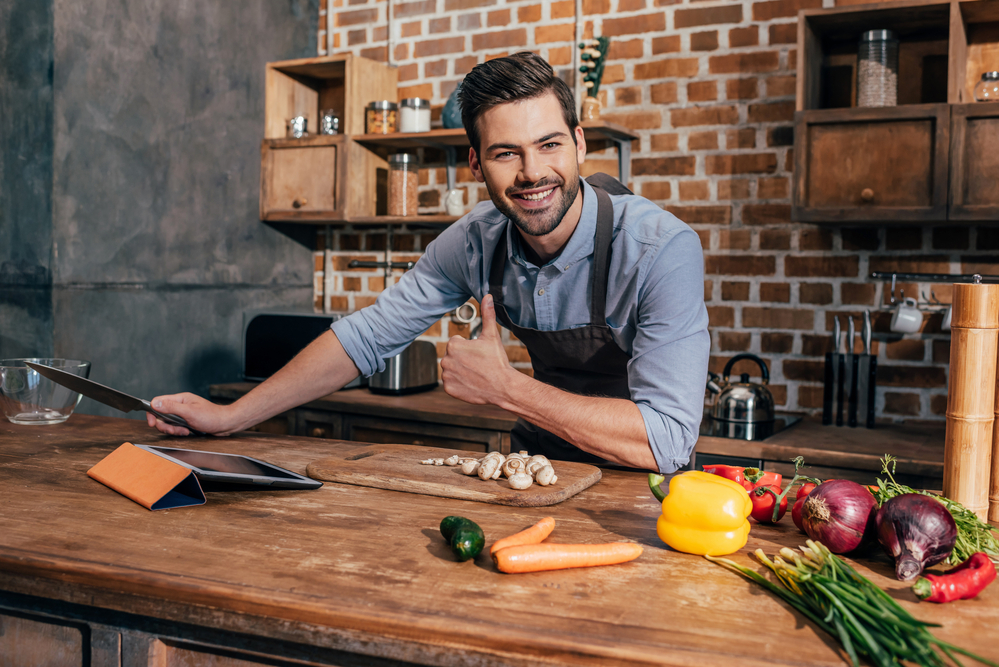 Four Tips and Tricks for Kickstarting a Vegan Lifestyle

Making a major lifestyle change is hardly an easy feat. This is true whether you’re altering your sleep schedule, adjusting your exercise routine, or even making a big change to your diet. When trying to embrace a vegan lifestyle, for instance, there are a lot of common roadblocks that people end up coming across. However, nothing worthwhile is totally easy. If it were that easy to be vegan, everyone would be. That being said, though, there are plenty of tips, tricks, and strategies that can help anyone who is interested in pursuing a vegan lifestyle kick start their journey and put themselves on a path toward success.

Before getting into the thick of these tips and tricks, it’s important to have a solid understanding over what veganism actually is. Veganism is a commitment to both animals, and the planet. The vegan lifestyle eliminates animal products and byproducts from the diet entirely. This includes things like milk and dairy-products, and even other condiments like honey.

Veganism can extend well beyond the diet, though, and can be a full-fledged lifestyle for those who are committed. This can include using vegan makeup and other vegan beauty products, and finding other ways to practice the values of veganism in everyday life.

Just like with anything else, the first step to creating and embracing a vegan lifestyle for yourself is in conducting research. By doing your due-diligence and conducting a thorough amount of research, you’ll not only have an even stronger understanding of what veganism involves, but you’ll come across a plethora of other important and helpful resources that can aid you in your own vegan-journey.

These resources can include things like vegan-cookbooks, testimonials from other vegans who made the lifestyle switch and what their experience has been like, and powerful and insightful research and data on the impact of industries like slaughterhouses and animal-farms.

Being well-informed and having a good grasp on what it means to be vegan in today’s day and age can give you the tools and resources you need to successfully start embracing veganism as your main lifestyle.

Going Vegan for a Reason

One of the most important factors in finding success with lifestyle changes is having a solidified reasoning in your head. Whether you want to improve your gut-health, you’re motivated by the sustainability movement and saving the planet, or you simply don’t want to contribute to the inhumane practices on exhibit in the slaughterhouse industry, having a compelling motivator that drives you will help you keep your resolve even when things get tough. This is because it will give you something to look back at and reflect upon, during moments in which you would otherwise falter.

This is another important note worth making, that it’s vital to be patient with yourself and to give yourself some grace from time to time. No one is perfect, and if this is your first time taking on a vegan lifestyle, you might give into a craving every now and again.

Don’t beat yourself up about it and instead just keep moving forward.

One of the best pieces of advice for transitioning to a more vegan lifestyle is to crowd, not to cut. This is diet-building-philosophy that focuses on experimenting and sampling new vegan foods on a frequent basis. Whenever you find a new vegan dish that appeals to your palate, you can start crowding out meat or animal-based substitutes with your new-found vegan alternatives.

This is an effective strategy for building a vegan diet because it helps gradually introduce vegan options into your day-to-day life that you actually enjoy and look forward to eating.

As was mentioned a little bit earlier, vegan makeup and other vegan beauty products are another great way in which modern consumers can support and embrace a vegan lifestyle. There are a wide variety of animal products and byproducts that are used in traditional cosmetics.

While some of these animal byproducts not found in vegan makeup products aren’t too repulsive, like honey or beeswax, other animal byproducts like animal sourced collagen, elastin, and keratin are often sourced directly from the slaughterhouse industry.

Not only that, but many beauty products also make use of snail-slime or a paste made from crushed up bugs. Think about that next time you’re lotioning up your skin, legs, or any other sensitive spot on your body, and you’ll understand why the push for vegan makeup and beauty products has gained so much popularity among modern consumers.

The vegan movement has continually been gaining traction since it really came onto the scene. More and more people are embracing a vegan lifestyle for their individual health, the sustainability of the planet, or for any number of other reasons. No matter what’s compelling you, veganism has never been easier to support or embrace with both vegan food-options as well as vegan makeup and other vegan beauty products.