Former President Donald Trump appears to have met two infamous antisemites at his Mar-a-Lago estate this week. Reporter Meridith McGraw said Wednesday that rapper Kanye West, who has made numerous antisemitic comments in recent weeks, and avowed neo-Nazi and Holocaust denier Nick Fuentes were seen together at Mar-a-Lago.

“According to a source, far-right extremist Nick Fuentes was spotted with Kanye West at Mar-a-Lago. West tweeted last night he met with Trump at the club. West and Fuentes were also seen together at Miami airport,” McGraw wrote on Twitter.

Fuentes is the leader of “Groyper Army,” and holds an annual white nationalist conference as counterprogramming to the Conservative Political Action Conference (CPAC).

While Trump has made no mention of meeting either West or Fuentes, the rapper strongly suggested on Twitter that he did.

“Rain and traffic. Can’t believe I kept President Trump waiting,” West tweeted. “And I had on jeans. Yikes. What you guys think his response was when I asked him to be my running mate in 2024?” 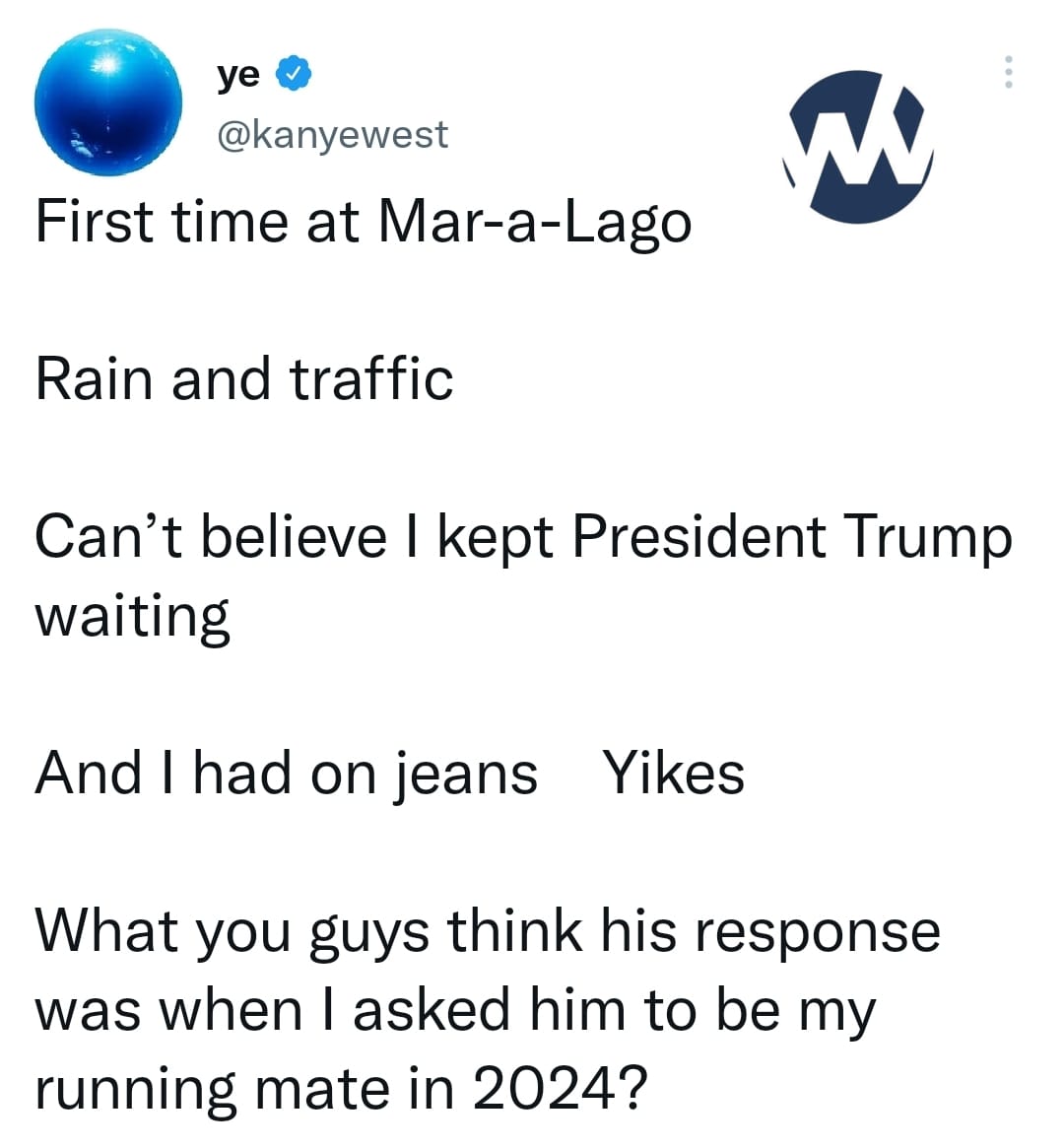