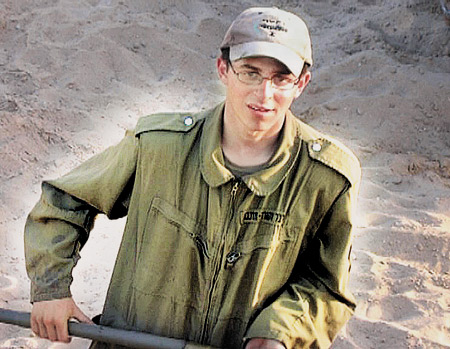 A hachnasas sefer torah will be held the IDF’s 71st Armored Division base on Wednesday night, Gilad Shalit‘s unit. The sefer torah, donated by the family of Michael Mirilashvilli, is in honor of captive IDF soldier Gilad Shalit, who last month began his fourth year in Hamas captivity.

While no one has been permitted to see Shalit since he was taken hostage by Hamas in a June 2006 cross-border attack in Kerem Shalom in southern Israel, Egyptian President Hosni Mubarak during a meeting in Cairo on Tuesday with President Shimon Peres announced to the media that he believes that Shalit is alive and well and his ordeal will come to an end in the near future.