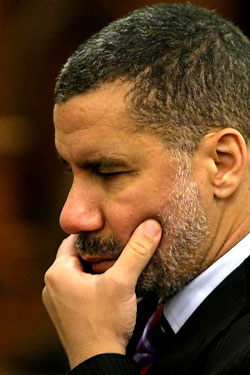 Paterson plans to take to the TV airwaves to speak to New Yorkers about the monthlong standoff in the state Senate, hoping the announcement of a newly appointed lieutenant governor will break the inaction in Albany.

Paterson says the gridlock caused by a fight for control of the chamber is holding up critical legislation.

It comes as some senators are setting a Thursday deadline for resolving the conflict that began June 8.

Senators from the Democratic conference and the Republican-dominated coalition that mounted a coup are expected to meet on several proposals to end the fight.