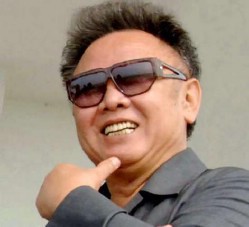 [VIDEO LINK BELOW] North Korea promised to attack the United States on the 4th of July this year. Its a little gift they seem to want to offer us every year on our Independence Day. The United States, South Korea, Japan and Australia watch and prepared as North Korea conducted missile tests and sent ships out to see, suspected of carrying weapons in violation of U.N. resolutions. On July 4th, the North Koreans launched seven missiles over the Atlantic Ocean in our general direction. None reached our shores, but it was an obvious threat and signal of disrespect.

The American holiday came and went without further incident, or so we thought.

The Department of Homeland Security’s Computer Emergency Readiness Team reported to federal agencies that multiple US government agencies were hit with a widespread computer attack that began on the 4th of July. The attacks have been ongoing and particularly resilient. Its referred to as a denial of service attack. Various federal systems have been down periodically for periods of time since the July 4th holiday. In addition, South Korean government websites were hit with the cyber attacks. The attacks on the two countries seem to come from the same sources and to be related.

Affected American agencies included the US Treasury Department, Secret Service, Federal Trade Commission, Stock Exchange, the White House and Transportation Department. The South Koreans presidential Blue House and Defense Ministry and National Assembly were affected. It is being described as a ‘massive outage’. The attack cause computers to slow down and some to completely shut for hours at a time. As of Wednesday, July 8, 2009, some systems have come back online, but many remain unstable or inaccessible.

South Korean intelligence is reporting that 12,000 computers in South Korea and 8,000 in other countries are being used for the attacks. They are also reporting that the infected computers are still attacking and their numbers are not decreasing.

South Korea’s Yonhap News Agency is reporting that The National Security Intelligence Service (NIS) believes that North Korea may be behind the cyber attack. U.S. officials have confirmed that there has been ‘malicious Web activity’ but would not elaborate and are not releasing any specifics about the attack.

VIDEO LINK: Click HERE to see a video of US General Victor Renuart on Cyber Attacks.