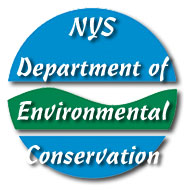 Joe Naclerio, who was supervising cleanup on Friday for CSC Conklin, the company that had been contracted by Mosdos Skver that owns the hotel, said it was lucky that a culvert under a portion of Phillipsport Road was blocked, or the spill could have traveled across the road and into an open field and dilapidated golf course.

Members of Congregation Bais Trana, the group from New City in Rockland County, who bought the former Catskill resort along with 400 acres of land in 2006, would not speak to reporters.

The spill, of less than 50 gallons, is said to have occurred shortly before 8 a.m. Thursday when the group attempted to transfer heating oil from one tank to another.

In the process they allowed the oil to escape into drains that ended up in a nearby stream. A neighbor reported the spill around 3:30 p.m.

The Department of Environmental Conservation has cited the owners with three violations for failing to report the spill, failing to report a large oil storage tank and producing an “unwholesome” material near a public road.

Wawarsing Councilman Teddy Brebbia said there have been ongoing issues with emergency access and fire safety at the site. Supervisor Bob Fiore was not available on Friday.

Anita Altman, who has property next to Machne Bnos Square, said the place has gotten steadily worse. She filed a complaint with the town in April 2008, and she says there are several deteriorating and empty bungalows that she believes are fire hazards.

Brebbia said the town is aware of the complaints, and they are going through the process of addressing them as quickly as possible.