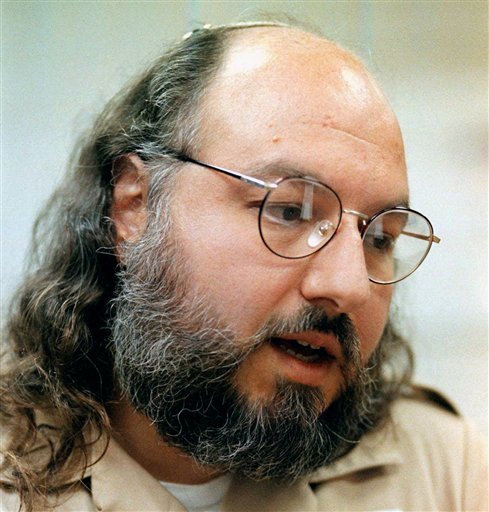 On Tuesday December 23, 2009 YWN had the privilege to meet with Jonathan Pollard in the Butner Correctional facility located in Butner, North Carolina for the first time.

The meeting left us in shock and very sad, after seeing one of our Jewish brothers locked in a prison for more than two decades. In fact, Jonathan has just started his 25th year behind bars.

Jonathan appears to look in fairly good condition, although the fact is that he isn’t. He is suffering from numerous medical conditions. His “Matzav Ruach” is good, and his Emunah and Bitachon are steadfast.

Much was discussed in our two hour meeting, and many questions that people have were answered to us. [YWN plans on writing an extensive article about our two hour visit with Jonathan in the coming days.]

At the end of our meeting, the Rosh Yeshiva told Jonathon that he has a D’var Torah to tell him, and that the group would also like to sing a few songs with him. Jonathan responded instantly by saying “I’d prefer the D’var Torah more than the songs”. The Rosh Yeshva told him a D’var Torah which gave him tremendous Chizuk.

Following the D’var Torah the YWN Editor asked Jonathan if he’d ever heard of Shlomo Carlebach. “Of course I have! I loved Carlebach! In fact he was even supposed to come sing for me in prison – and even had clearance to bring his guitar with him. Unfortunately, he was Niftar shortly before his scheduled visit,” Pollard answered us in a sad voice.

I started singing “Esa Einai El He’harim”, followed by “L’maan Achai”. After a few moments I looked at the group, and saw that I was not alone….. everyone had tears in their eyes…. I don’t think I ever sang a song with such D’veykus, feeling, and emotion….. We ended with Carlebach’s joyous “Leshano Habbah Be’Yerushalayim”.

The “government monitor” gave us the look…..time was up…..

We stood up, hugged and kissed Jonathan, blessed him from the bottom of our hearts, told him to stay strong. When it was my turn to bid him farewell, I was at loss of words. What can I possibly tell him? What kind of Chizuk can I possibly give a man who has been imprisoned for 25 years, and who has had the entire Israeli Government turn their backs on him?

I walked up to him, hugged him tightly, and told him that his grandfather, the famed Vilna Goan (whom Jonathan is a direct descendant of) should be a “maylitz yosher” for him, and hope to visit him again real soon as a free man.

He thanked me, and specifically thanked the tens of thousands of YWN readers from the bottom of his heart – who flooded the Whitehouse with emails and phone calls in the last few weeks of the Bush administration.

We just stood there without saying another word, and watched with broken hearts as they removed Jonathan Pollard back to his prison cell.

Please – keep davening for the health and freedom of Yehonosson ben Malka Pollard!
-Please write him letters, letters of support, of chizuk, of divrei torah. Jonathan refers to these letters as his “oxygen”. The letters can be from adults and children, from families and school classes. Please be sure the letters are written in English only. Please just send him letters, no enclosures (tapes, gifts, etc).
– Please choose one day each week, make that your day, each week, to write another letter. ask your family members and friends to do the same. Jonathan reads every letter, although he may not respond.

-If you wish to contribute funds to assist Jonathan, while he is in prison, to buy kosher food items from the prison canteen, to pay for his phone calls, to purchase various items that he needs, etc., please use the following link https://www.youngisrael.org/securecontent/donate.cfm?dt=pollard or send your contributions to: Young Israel Charities, attention the Pollard Fund, c/o National Council of Young Israel, 111 John Street, Suite 450, New York, NY 10038.

[An extensive article is being worked on, and will be posted in the coming days]