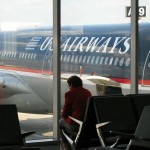 [VIDEO LINK BELOW] Brooklyn, NY – New York City Council candidate David Greenfield defended the use of peaceful religious practices in light of the
emergency landing of US Air Flight 3079 when a Jewish teen was using teffilin during prayers on the plane, and denounced the practice of racial and religious profiling.

“It becomes more and more clear that when a Jew is putting on teffilin, or when a Christian is reading from a Bible, or when a Muslim is praying, those people are just trying to practice their faith peacefully,” said Greenfield. “Public safety policy should be based on legitimate and proven law enforcement techniques and intelligence gathering. We can’t stop a flight for every Jew with Teffilin or Christian with a bible, especially when they have had their carry-on items x-rayed.”

US Air Flight 3079 was headed from New York to Louisville, Kentucky last week when a teenage pulled out the religious item for his morning prayers. The flight crew notified the pilot, who decided to make an emergency landing in Philadelphia.

The teen, who was cooperative the entire time, was held for questioning by local and federal law-enforcement authorities, then allowed to continue his trip when it was clear the teffilin, and his peaceful prayers, were harmless.

“Racial and religious profiling is not only ineffective, it is also un-American. We need to focus our law enforcement resources on
concrete evidence or intelligence, not someone’s skin color or religion,” said Greenfield.

YWN VIDEO LINK: Click on the following link for the video interview: http://www.theyeshivaworld.com/video_viewer.php?clip=WAZEHySjpH4&player=y