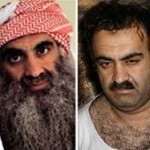 Residents of lower Manhattan are voicing their objections to the terror trials set to take place in federal court.

And as CBS 2 HD reported Tuesday night, they want the attorney general to move the trials out of their backyard.

Lower Manhattan residents say they’ve been through enough pain after the Sept. 11th attacks. On Tuesday night their local community board voted to go straight to Attorney General Eric Holder with demands to move the 9/11 terror trials out of their neighborhood.

“Last week we had sharpshooters from the NYPD come and ask whether they could use our roof for an outpost for two to three years. Now imagine your roof being used as an outpost for sharpshooters. The trials do not belong in lower Manhattan,” Danny Chen said.

Members of Community Board 1 say in their demands to the Attorney General that they’re not asking for a military tribunal. They’re just requesting the trial be relocated from the Federal Courthouse in Lower Manhattan.”

Their first recommendation is Governors Island, but not everyone is on board.

“The Mayor, without even looking into it said no. He called it the dumbest idea. But we all know the dumbest idea is holding that trial in our community,” said Board member John Fratta.

Some lower Manhattan residents said that by being forced to relive the pain of 9/11 and take on the security risks of the trial, they’ll be victimized yet again.

The NYPD estimates the multi-year trial of alleged terror mastermind Khalid Sheik Mohammed to cost more than $200 million a year in security.