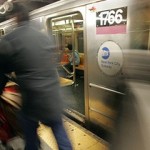 After the attack of Sept. 11, 2001, the Metropolitan Transportation Authority pledged to enact state-of-the-art security measures throughout the New York City transit system, widely considered a potential target for terrorism.

But many elements of the program, including the installation of digital surveillance cameras and motion detectors, have yet to be completed, and the authority no longer has enough money to finish them, according to a report released Tuesday by the state comptroller’s office.

The authority has $59 million in capital funding left for the electronic security program, which has ballooned to $461 million from the original $265 million estimate, the report said.

In general, transit safety conditions have improved in the past decade, the report said. Tunnels and bridges, for example, have been reinforced for protection from attacks. But while the electronic security system is operational at the Long Island Rail Road and at the authority’s bridges and tunnels, it has not been completed in the city’s subway and bus systems.

The problems stemmed in part from a dispute between the authority and Lockheed Martin, the defense contractor, which sued last year to withdraw from the digital camera project after claiming that the authority had delayed its progress and failed to provide proper access to workers. The authority countersued, arguing that Lockheed had provided faulty technology that did not pass basic operational tests.

With the legal issues pending, the authority has reduced the scope of its planned surveillance, discarding a plan for sensors that could detect abandoned packages in stations. It is now looking to finish the project with its remaining funds.