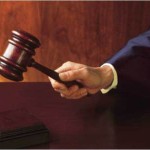 A teenager was found guilty today of juvenile delinquency charges in connection with the bias-related punching of a Jewish man in September.

Superior Court Judge Roger Daley ruled the 17-year-old, whose initials are M.K., was delinquent in the third-degree aggravated assault and second-degree bias intimidation of the victim, a 19-year-old Jewish man from Edison who was walking on Woodbridge Avenue near Route 1 on Sept. 19 when he was attacked.

The judge presided over a one-day trial at the family courthouse in New Brunswick on Jan. 20 and ruled today that the assault was a bias-related incident that happened because of the man’s religion.

Daley placed the teen on probation for one year and ordered him to repay the victim $630 to compensate him for medical co-payments, broken eye glasses and the cost of cleaning the religious garb he was wearing when he was punched and knocked to the ground.

The judge also ordered the juvenile to write a 500-word essay on the effects of anti-Semitism.

The juvenile, who was 16 years old at the time of the incident, was arrested and charged after the victim told police about the attack.