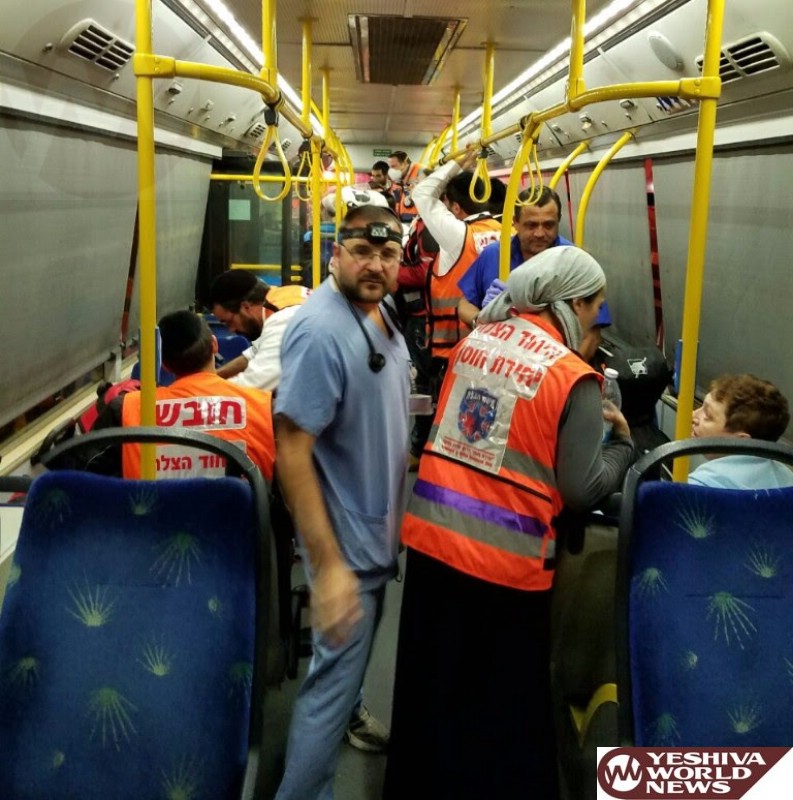 On Sunday evening, a building located on Shachal Street, a major thoroughfare of the Givat Mordechai neighborhood in Jerusalem, caught fire. The Jerusalem Fire Department, the Police Department, and United Hatzalah – the national volunteer emergency medical services (EMS) organization – as well as Israel’s ambulance service, all responded to the scene.

Among the first responders were 10 members of United Hatzalah’s psychotrauma unit who were called to the scene to help treat those suffering from psychological trauma. “There were three types of patients at the scene,” said Miriam Ballin, Director of the Psychotrauma Unit. “People in trauma from witnessing what was happening, people who came to find family members who they knew lived in the building, and after a while, the people who had escaped the building themselves came to us for help. The last group came later, as they first needed to be evacuated safely from the building and then checked by the fire department and EMS to see if they needed any physical treatment. The building was filled with young families, so those coming to search for family members were the hardest to treat due to their psychological anxiety of not knowing what happened to their family members.”

Overall, 36 people were sent to the hospital, most of whom suffered from smoke inhalation or were lightly injured.

“When I arrived, after receiving permission from the police and fire chiefs on scene that the area was safe, I went to the building and located United Hatzalah 10 (the command unit for mass casualty incidents), and I was directed to a nearby bus stop to set up a psychological command center,” relayed Ballin.

“We wrote two lists. One with all the people who had to exit the building, and one with the names of loved ones who were still missing inside. We encouraged people to stay nearby and made sure to continuously provide them with the most recent updates from Hatzalah 10.

The bus next to the bus stop, whose driver, having seen the fire first and run up to save a baby and mother whom he heard screaming, was still parked there. When victims were finally evacuated from the building, we cleared the bus and sent all remaining passengers to our psychotrauma unit’s triage. After that, we filled the bus with victims from the fire who had been rescued. The bus itself became a triage clinic where ambulance and EMS personnel, as well as doctors from the nearby Shaare Zedek Hospital, came to help assess and treat patients.”

Patients were taken from the bus directly to the hospital after undergoing a brief examination by doctors and paramedics.

The psychotrauma unit was tasked with calming and supporting the patients while they were being examined.

“The cooperation that was involved in all branches of emergency response at the scene was simply not to be believed. It was flawless,” said Ballin. 36 people were sent to the hospital in under 40 minutes. “It was like clockwork,” said another EMT who responded to the scene. “Everyone worked together so well, it was really nice to see.” Two psychotrauma responders brought water that was distributed to all agencies on scene, who were all very grateful. In total the responders distributed over 50 liters of water to EMS and fire personnel.

Ballin said that the unit used a lot of psychological first aid in calming, reassuring, and supporting the people who were neighbors or witnesses as well as those seeking out family members. “After half an hour we emptied the bus of all patients and continued helping worried family outside the bus who had still not located family members. We set up an area for people who needed oxygen nearby and opened a line to the hospitals to help locate missing family members. Thankfully we succeeded in finding them,” she added.

Ballin and others from the psychotrauma unit stayed after the scene had begun to calm down and the fire crews had put out the fire and left. “After most people left the scene, some trauma victims still trickled out. We helped people make their arrangements for that night, so they could have a place to sleep, and we handed over the scene to a social worker from the city who arrived, explaining that most people seemed to have made arrangements and that things were under control. Shortly thereafter, Jerusalem Mayor Nir Barkat came to assess the situation. Barkat showed his appreciation for the work that the psychotrauma unit was doing and thanked the unit for its service.

Of the 36 people who were admitted to the hospital, 31 were released within twelve hours.

“This incident was a monumental one for our unit, as the number of trauma victims tripled the amount of victims suffering from physical ailments,” said Ballin. 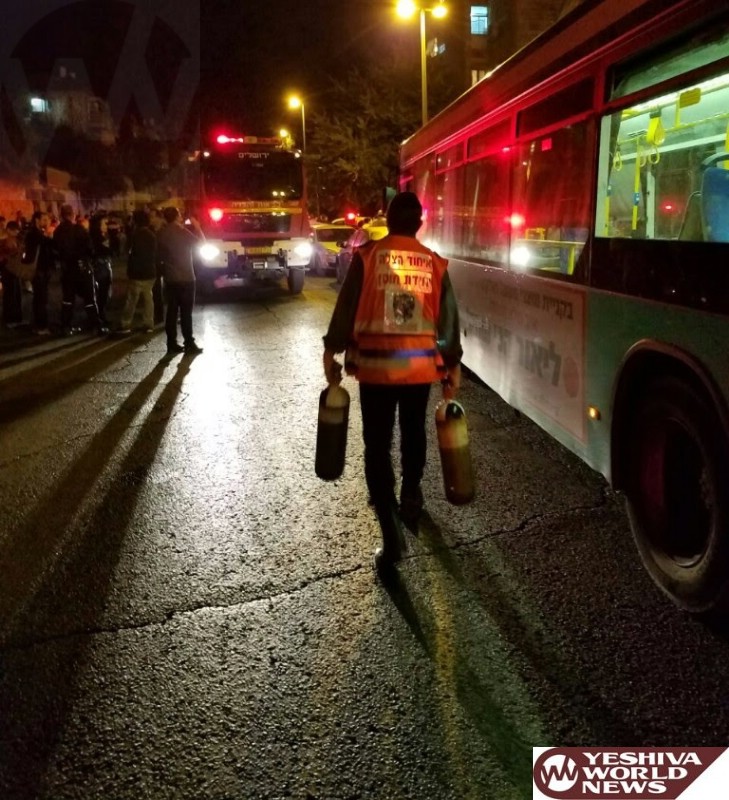 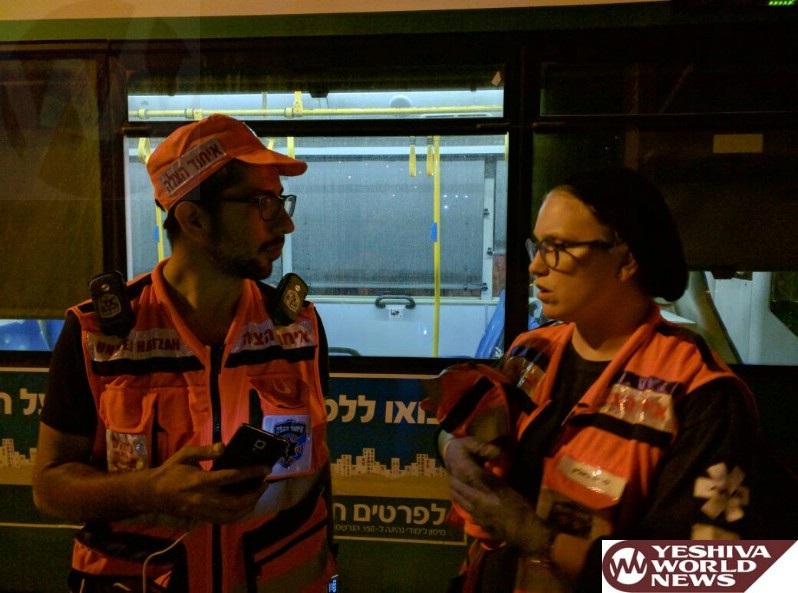 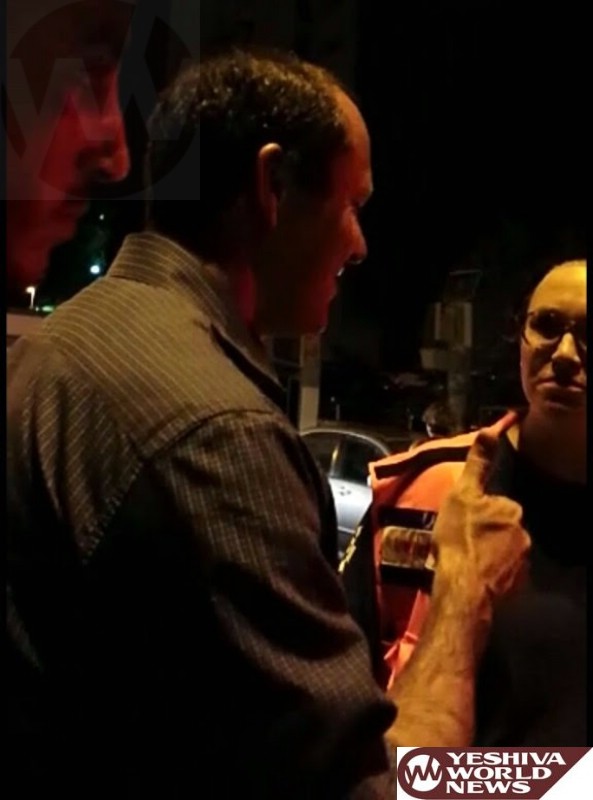 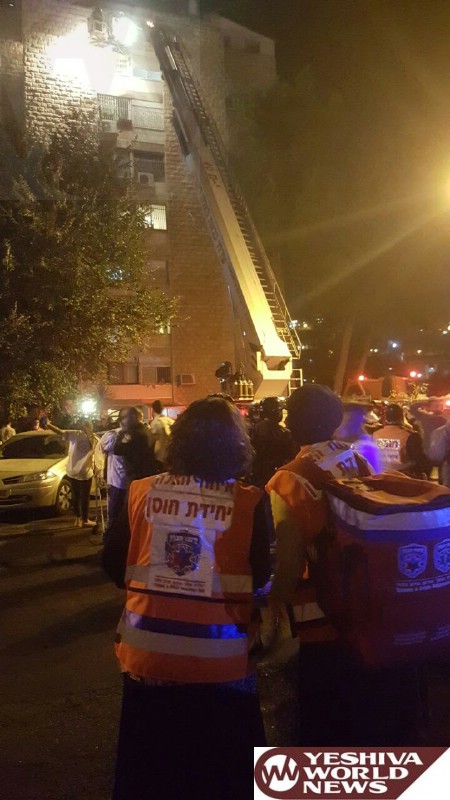