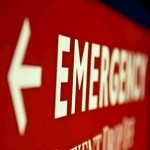 The following is an article in today’s NY Daily News:

The patient is fine – it’s the hospital bill that’s sick.

Total bill for back surgery in a Manhattan hospital: $109,000 – and that’s not counting doctors’ fees.

The good news for the Brooklyn man who needed the operation is that he has insurance, and forked over just a $300 co-pay to cover his hospital stay.

Critics charge the case pulls back the covers on hospital bills that have run amok, driving up health costs for everyone even as the feds try to expand insurance coverage.

“These prices don’t make any sense,” said the 56-year-old grandfather from Midwood, a city worker who had two disks replaced at St. Luke’s-Roosevelt Hospital in October.

“Even if I don’t have to pay it, the bottom line is we’re all paying it,” added the man, who was covered by Empire BlueCross BlueShield.

Eye-popping sums on hospitals’ price lists include everything from $1,178 for a stint in surgical recovery to $10 for a single pain pill.

But critics say the system hurts anyone forced to pay out of pocket – the uninsured and insured patients who go out of network or have limited policies.

Officials from St. Luke’s-Roosevelt stood by the charges and said they are in line with competitors. Empire also stood by the claim, which health care experts said apparently was settled for about $71,000.

Once they rose, the prices never returned to Earth and have climbed faster than inflation for decades, he said.

When adjusted for inflation, hospital costs in New York State are up 35% since 1992, Atkinson said.

“Hospital costs are spiraling out of control,” Atkinson said. “An awful lot of bankruptcies in this country are due to health care costs, and it’s mostly hospital costs. It is unconscionable.”

A spokesman for the Greater New York Hospital Association said that while members are committed to keeping prices low, “hospitals have long been caught in a fiscal vise” of soaring costs and shrinking reimbursements.

Joseph Stamm, president of the Manhattan-based auditing company MedReview, said paid claims over $100,000 for one- and two-day hospital stays are on the rise – though insurance companies are often reluctant to let him audit.

“There needs to be outside review,” Stamm said.