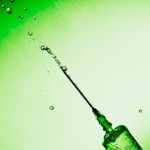 According to the Times of London, the commander of Hamas’ Izzadin el-Kassam military wing, Mahmoud al-Mabhouh, 50, was eliminated in a most professional fashion, injected with a drug that induced a heart attack. His lifeless body was left in his Al Bustan Rotana Hotel room in Dubai, discovered on Wednesday afternoon after a security official in the hotel noticed he had not left his room since checking in three days earlier.

The Times reports the assassins photographed all his documents and prior to leaving, made certain to leave the ‘do not disturb’ sign on the door.

Dubai Police General Dahi Halfan reports the assassins first tried to abduct Mabhouh but when they realized this was not possible, the assassins killed him. He would not release other details of the event and ongoing investigation other than they have security footage from hotel cameras and videos that will assist in the case. They did not state definitively if the cameras show the assassins.

Police officials have stated they are however certain that the assassins entered Dubai using European passports and left a number of days later using other passports. Police are unwilling to speak of the Israel link as Hamas states with certainty is the case.

Hamas immediately pointed the finger of blame to Meir Dagan, who heads the Mossad Intelligence Agency, who is credited with a string of successful assassinations during his tenure. Hamas however released contradictory information shortly following the alleged attack, stating electrocution and then strangulation were the cause of death.

The terror organization also pointed out the assassination came just three days following the first-ever Israeli ministerial visit to Dubai. According to senior Hamas commander Mahmoud a-Zahar, the assassins entered Dubai last week as members of the delegation of Minister of National Infrastructure Dr. Uzi Landau, and then went about their business. Landau traveled to Dubai to attend a regional energy conference.

The Times report however presents a somewhat different story that the local doctors, who listed a fatal heart attack as the cause of death, reporting that from the moment the target boarded his flight, Emirates EK 912 at Damascus at 10:05am on January 19th, he was tracked and all his movements were being monitored.

The family of the slain assassin, who was responsible for many acts of terror, including the abduction and murders of IDF soldiers Sasportas and Saadon as was reported by YWN-Israel (http://www.theyeshivaworld.com/article.php?p=46515), set up a mourning tent in Gaza’s Jabalya area on Saturday.

A brother, Fa’ik, who was recently released by Israel after serving a 15-year sentence for his membership in a terror organization, told the media he understood his brother was killed by electrocution to his head. He released a statement from Gaza that he was targeted by assassins in the past, mentioning a 2004 car bomb in Damascus as well as six months ago, when he was poisoned and admitted to a hospital in critical condition, but pulled through.

The father, Abed Rauf requested to leave Gaza for the funeral in Syria. Israel refused and the funeral was held on Saturday in near Damascus in the presence of 2,000 mourners, including senior Hamas commanders.

Hamas officials have threatened to retaliate by striking on foreign soil as Israel chose to do, threatening Israeli officials in Europe.