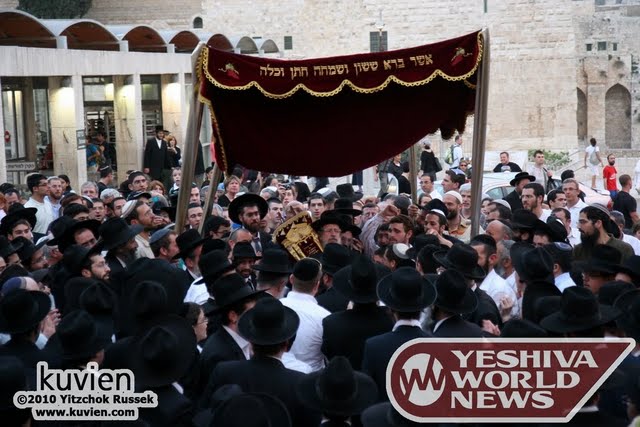 [VIDEO & PHOTO LINK BELOW] This past Monday evening over a thousand people partook in the Hachnosas Sefer Torah that marked the dedication of the newly reconstructed Churva Shul in the Rova, Jewish Quarter of Jerusalem’s Old City. After about four years of work, the shul will be dedicated for a third time, signaling the ongoing Jewish sovereignty over the Old City.

An event was already held on Sunday night, after 62 years of the shul being in ruins, and Monday was another event, including affixing a mezuzah to the newly rebuilt shul. On Sunday night, a Sefer Torah was escorted from the Kosel to the shul.

The project cost over NIS 45 million, of which the government was supposed to give NIS 24 million. In actuality, the government only gave NIS 12 million and the remainder came from donations.