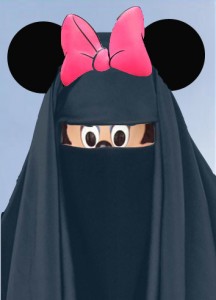 Muslim women will be forced to uncover their faces if they want services from the Quebec government, according to landmark legislation tabled Wednesday in the province.

In tabling the bill, Quebec delves into sensitive territory where governments in Canada have largely avoided treading: setting hard-and-fast rules for accommodating minorities.

The bill says people obtaining — or delivering — services at places like the health- or auto-insurance boards will need to do so with their faces in plain view.

Face-coverings won’t be tolerated if they hinder communication or visual identification.

“This is a symbol of affirmation and respect — first of all, for ourselves, and also for those to whom we open our arms,” Charest told a news conference in Quebec City.

“This is not about making our home less welcoming, but about stressing the values that unite us. . .

“An accommodation cannot be granted unless it respects the principle of equality between men and women, and the religious neutrality of the state.”

While the debate over such identity issues has raged in Europe for years, and played out around countless dinner tables and Internet chat boards in this country, Canadian politicians have been reluctant to weigh in.

Quebec is an exception to that rule.

In fact the Charest government has faced persistent criticism from critics who say it has failed to stand up for Quebec values by refusing to take a tougher stand against demands for accommodation.

Newspapers have been full of stories about perceived religious excesses, and such discussions are a near-daily feature on some of the province’s television talk shows.

On Wednesday alone, a newspaper and talk radio reported on a mostly Jewish youth hockey team that was seeking to switch tournament schedules with another squad to accommodate the Passover. Their request was denied.

Quebec’s former premier, Lucien Bouchard, recently warned that the debt-laden province had better start focusing on economic issues instead of identity ones.

But that plea appeared to fall flat Wednesday.

On a day when a major $3.2-billion deal for Hydro-Quebec fell apart, the most persistent chatter here was about the handful of people demanding services with their faces covered.

It dominated discussion on the cable talk networks, from LCN to RDI, while the prospect of Quebec becoming a mighty energy corridor to the United States became just another news story.

A Muslim group argues that Quebec’s political oxygen is being unnecessarily sucked up by debate over a microscopic number of cases.

There were zero such cases among the 28,000 visitors to the Quebec City service centre over the same time period.

The Muslim Council of Montreal says there may be only around 25 Muslims in Quebec who actually wear face-coverings.

Though the law makes no overt reference to any particular religion, Muslim leaders say it’s hard not to feel singled out.

Salam Elmenyawi of the MCM questioned the need to legislate against such a small minority of the population.

“It is a knee-jerk reaction to the opposition and vote-grabbing more than anything else,” he said, adding the law was unlikely to encourage integration of Muslim immigrants.

The move was more favourably received in some quarters of the legal community, where it was praised as “smart policy.”

However, scholars argued there was actually little new in the bill, in practical terms. Its novelty lies in legislating existing practices, one academic said.

“What is unique is that it tries to put some constraining principles on reasonable accommodation,” said Lucie Lamarche, a human-rights professor at the University of Ottawa.

“It is answering the political demand for making a legal concept more predictable.”

Charest is likely to welcome any move that would soften some of the emotional charge of the accommodation debate, which grew so heated in 2007 he was forced to call a public inquiry.

That inquiry pointed out one lingering inconsistency in the argument of those who claim to be defenders of a secular state: the giant crucifix that still hangs on the wall of the provincial legislature.

Wednesday’s bill was silent on the Bouchard-Taylor commission’s recommendation that the crucifix also be removed.

But, as Lamarche noted, the bill seeks to enshrine in law the religious neutrality of the state.

The end result of Wednesday’s legislation, she says, is that Quebec may eventually be forced to pull down that crucifix.