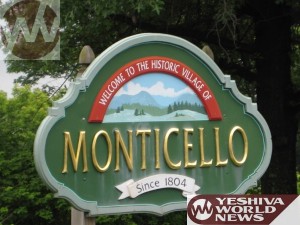 Monticello, NY – Plans to redevelop the long-dormant Apollo Plaza on Monticello’s eastern edge could nudge forward next Friday, when responses to an initial call for interested developers and designers are due.

But the idea of turning the cracked and crumbling strip mall and the surrounding county landfill into a retail and recreation complex is called “pie in the sky” by Thompson Supervisor Anthony Cellini, who instead supports a truck stop and motel.

“Who the heck is going to build on a dump?” Cellini said.

Sullivan County officials say other cities have done just that.

A truck stop and motel could take advantage of the redevelopment of Exit 106 as part of the Interstate 86 project, Cellini said, adding that he knows local developers ready to finance the construction.

“We’ve got to get down to reality here,” he said. “We’ve been playing around with casinos for 15 years.”