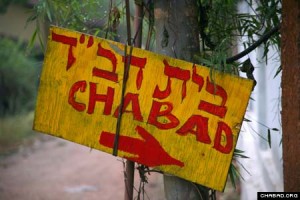 Mumbai, India – As the country awaits 26/11 anti-terror court’s verdict on Pakistani gunman Ajmal Kasab a fortnight from now, it transpires that the Jewish centre at the Nariman House, one of the targets of the brazen onslaught, has quietly shifted to a “new location” in the city.

Uncertainty hangs over whether the five-storey building in a Colaba by lane will ever be renovated and restored to its old lively self before tragedy struck on the night of November 26, 2008.

“We have temporarily shifted to a new location,” reads the board in English and Hebrew at the Nariman House, also known as Chabad House.

Members of the community who contacted authorities on phone number mentioned on the board are called to the new premises and provided accommodation after a thorough screening.

“Authorities are yet to take a decision on whether to rebuild Nariman House or shift it permanently to the other place. Among the many reasons holding up the process are lack of funds and couples not coming forward to run the centre here,” Rabbi Yossi Cohen, the current in-charge of the Chabad House said.

Some renovation of Nariman House, its walls shattered and pockmarked with bullets and grenade splinters, was undertaken about a week before the first anniversary of the terror attacks last year but later it was abandoned.

Meanwhile, India said it was further tightening security before the October Commonwealth Games after the United States issued a warning to its citizens about possible militant attacks on hotels and markets in India.

New Delhi remains jittery about the threat of militant attacks. A blast in the western city of Pune killed 17 people in February, the first major militant strike since the 2008 Mumbai attacks.

“The U.S. government continues to receive information that terrorist groups may be planning attacks in India,” the U.S. Department of State said in the latest travel advice to its citizens.

Islamists militant groups from Pakistan have threatened to carry out attacks ahead of the October games and during the ongoing domestic cricket league involving foreign players from many countries, Indian security officials said.

“… hotels, markets, trains and other public places in India are especially attractive targets for terrorist groups,” the advisory on its website says.”Terrorists and their sympathizers have demonstrated their willingness and capability to attack targets where U.S. citizens or Westerners are known to congregate or visit.”

A senior Indian home (interior) ministry official said they were monitoring the security situation in the country following the latest U.S. alert.

“We have seen the advice. There are threats which we are aware of in any case, but am sure the U.S. government has got some independent information,” the official, who did not wish to be identified told Reuters.

Last month, India said it was tightening security on its luxury trains frequented by foreign tourists following warnings about a possible militant strike.

Security in and around nuclear installations and oil facilities are also being increased, two days after police recovered and defused a powerful bomb on a train traveling to India’s capital, stirring fears about an attack.

“Security is being tightened everywhere. We are very, very alert,” Rakesh Maria, head of the Anti-Terrorist Squad said from Mumbai.

Britain also continued to urge its citizens to be careful during their stay in India, saying foreigners are targets by militants in a travel advisory.

Foreign tourists at two plush hotels and a Jewish center were among the several targets attacked by 10 gunmen in last November’s militant strike on Mumbai, in which 166 people were killed.