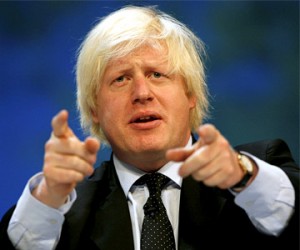 The ban on flights over most of Britain caused by a cloud of volcanic ash drifting from Iceland has been extended until tomorrow morning as Boris Johnson, the Mayor of London, expressed fear the restrictions could be “indefinite”.

Mr Johnson questioned the Government’s handling of the volcanic ash cloud crisis and said the public needed to know the risks of flying against the reality of the country being without air travel.

He said experts within the aviation industry had told him they were used to operating in countries with volcanos and understood the risks, implying they did not agree with the current flight ban.

But Mr Johnson said if it was “genuinely impossible” to fly, then plans had to be made for the long-term, as the economy of the nation was being affected.

He said: “My anxiety clearly, given the damage that this is going to do to the UK economy, is that this no-fly zone, this closure of the airspace over the country, could just go on for an indefinite period of time at this level of risk to aviation.”

He was speaking as the air traffic control company Nats said that flights would be limited to eastern Scotland and part of northern England until at least 1am tomorrow.

Nats added that the situation involving the Icelandic volcanic eruption that has halted all but a handful of flights over the last few days “continued to be variable” and that only Aberdeen, Inverness, Edinburgh, Newcastle, Glasgow and Teesside airports could operate.

Interviewed on BBC Radio 4’s The World at One, Mr Johnson said: “What I would really like to know is whether we are absolutely certain that the initial decision taken to close down UK aviation at this level of risk was correct and whether it was capable of being revisited or not.”

He added: “I am listening to voices in the aviation sector who say they are well used to flying in volcano zones and they well understand the risks associated with plumes of volcanic ash.

“But if it is genuinely impossible to fly and if we have this long, unpredictable period of volcanic activity in Iceland ahead of us, then what plans are we making for the long-term and what are we going to do if effectively we have to disinvent aviation?”

He asked: “What are we doing as a country, as an economy, to prepare for what could be six months or a year of a no-fly zone?”

A small number of flights operated today to and from Scotland and Newcastle after the volcanic ash cloud cleared from some parts of UK airspace.

The main London airports remain closed for the foreseeable future after the Eyjafjallajokull volcano showed signs of intensifying activity.

Until late on Monday evening, Nats had hoped for a gradual return to something like a full service from UK airports, with the threat from the Icelandic volcano easing.

But further volcanic activity altered the situation and although a handful of flights did operate early today from Scotland and northern England, the airport shutdown over most of the UK seems set to continue.

Nats did say that between aircraft will be able to operate at above 20,000ft in UK airspace.

This would not mean that flights could take off from Heathrow or Gatwick. But airlines could, for example, operate services from southern Europe and fly over England at more than 20,000ft before landing in eastern Scotland.

Nats said today: “The situation regarding the volcanic eruption in Iceland remains dynamic and the latest information from the Met Office shows that the situation today will continue to be variable.”

The news brings fresh uncertainty for more than 150,000 Britons stranded abroad and the airlines that are losing millions of pounds every day they are forced to cancel operations.

David Miliband, the Foreign Secretary, urged travellers trapped on the continent to head for Calais, amid fears that disruption to flights will continue for days.

Stranded holidaymakers in Europe headed to Channel ports in their droves to make their own way home by road, rail and sea, while the Government called on Royal Navy vessels to assist.

A Royal Navy amphibious craft, HMS Albion, has rescued more than 300 Britons, including Mr Johnson’s father, from the Spanish port of Santander.

A luxury cruise liner is also being dispatched to Bilbao to pick up 2,000 Britons.