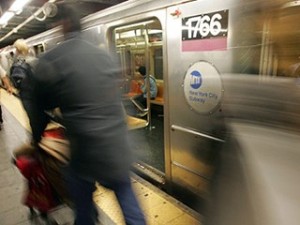 New York’s subway system is the largest in the world, and its thousands of entrances and 800-plus miles of track make it vulnerable to attack. On Friday a college student disguised as a track worker exposed just how vulnerable that system is.

Police said a Pace student dressed in a reflective vest, a backpack, hardhat and boots wandered for hours underground before being picked up by suspicious track workers.

“In the backpack was found a can of sodium cyanide, five flares,” NYPD Commissioner Ray Kelly said.

The student told investigators he wanted to commit suicide and didn’t want his body to be found, but a special team was called in to investigate the chemical being carried inside a gallon-sized paint can found in the student’s possession.

Security expert Robert Strang told CBS 2 HD, “We can go right now into any train station, walk down the platform, walk onto tracks and we’re in the tunnel and it’s gonna take a long time before anybody sees.”

Strang, a former co-chair of the New York State Anti-Terrorism Task Force, said without a completely monitored transit system, it’s up to New Yorkers to be ever vigilant.

“This is where the millions of riders, the workmen … when you see something they report it and they take action. That’s about the best we can do,” Strang said.

With so many entrances into the subways and tunnels riders know they’re vulnerable to attack. They also know they have a responsibility to help prevent it.

“It’s frightening to think what’s happening all the time. So we put blinders on,” said Sherry Harris of the Upper East Side.

“If they didn’t have these cutbacks with the MTA you’d have more employees on the platforms,” added Ben Franklin of Boerum Hill.

It’s a vulnerability that without hundreds of millions of dollars in security upgrades won’t go away.

Police will not identify who the Pace University student is, but he has been charged with criminal trespass and is having a psychological evaluation at Bellevue Hospital.