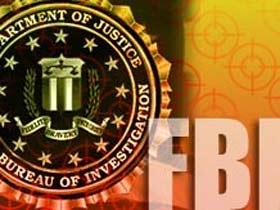 ABC News is reporting that the FBI tonight has identified a “person of interest” in the Times Square bombing attempt.

According to ABC News reports there is growing evidence the bomber did not act alone and had ties to radical elements overseas.

One senior official said there are several individuals believed to be connected with the bombing and that at least one of them is a Pakistani-American.

Officials declined to provide the specifics that led them to believe there were overseas links to a larger plot.

The Washington Post, quoting Obama Administration sources, said the attempted bombing “increasingly appears to have been coordinated by several people in a plot with international links.”

The bomb-laden SUV has been a treasure trove of clues for investigators in their hunt for the Times Square terrorist.

The investigation has lead to Connecticut, where authorities have questioned the owner of the SUV traced by a partial VIN number.

Sources told Eyewitness News that the Connecticut owner questioned Sunday about what happened to the SUV says he sold the 1993 Nissan Pathfinder to a stranger. It was sold through an ad on Craigslist for $1800. No paperwork was exchanged, sources said.

The registered owner was not considered a suspect, but the officials declined to say why, or to discuss any leads stemming from the interview.

Paul Browne, the NYPD’s deputy commissioner for public information, would not give further details on the registered owner but said officials were still looking for the driver.

While nothing can be ruled out, experts say the recent past suggests a homegrown plot with a foreign connection as a strong possibility.

“Unquestionably the trend lines and they have been for a long, long time to move towards homegrown terrorism,” Jack Cloonan, former FBI Counterterrorism expert, said.

“I don’t think there is any question that what we have seen over the course of this year is a determination by terrorists to try and inflict damage on my hometown,” U.S. Attorney General Eric Holder said.

The homegrown threat has been an increasing concern of the NYPD, which stated in its own intelligence report from three years ago that “radicalization continues permeating New York City, especially its Muslim communities.”

Still, federal investigators are looking more closely at potential international ties to the failed Times Square bombing. If that turns out to be the case, there’s likely to be a domestic connection too because as one expert says it has all the hallmarks of homegrown.

“Very few are successful. Yet, when you look what happens abroad, they are almost always successful. They blow up.” said analyst Charles Slepian.

Besides a highly visible police presence and shattered glass from a damaged phone booth, there is little sign of Saturday nights tense several hours in Times Square. Police are now pouring over surveillance video to try to chart the comings and goings of the SUV abandoned with a potentially deadly cache inside, engine running, hazard lights flashing.

Video obtained by the New York Post shows smoke venting from the vehicle. The smoke alerted a vendor, which led bomb squad detectives to swoop in and set off a controlled blast to eliminate the threat and potentially a giant fireball according to the police commissioner. He says detectives want to speak with a man seen on surveillance video near the scene changing his shirt. It could have nothing to do with the incident,

“He may or may not have been involved,” Mayor Michael Bloomberg said, adding it was a hot day and he might simply have been trying to cool off.

The NYPD and FBI also were examining “hundreds of hours” of security videotape from around Times Square. They traveled to Pennsylvania for video shot by a tourist of a different person, and were evaluating the tape Monday and determining whether to make it public.

Meantime, items removed from the car were flown today to the FBI lab in Virginia. They include propane tanks, fireworks, gasoline containers, clocks with batteries and non-weapons grade fertilizer found in a gun locker.

Police said the crude gasoline-and-propane bomb could have produced “a significant fireball” and sprayed shrapnel and metal parts with enough force to kill pedestrians and knock out windows.

The SUV was parked on one of America’s busiest streets, lined with Broadway theaters and restaurants and full of people out on a Saturday night.