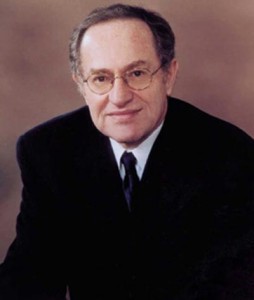 Sarah Palin’s remarks Wednesday in which she accused critics who would tie her political tone to the Arizona shootings of committing a “blood libel” against her have prompted an instant and pronounced backlash from some in America’s Jewish community.

The term dates to the Middle Ages and refers to a prejudice that Jewish people used Christian blood in religious rituals.

“Instead of dialing down the rhetoric at this difficult moment, Sarah Palin chose to accuse others trying to sort out the meaning of this tragedy of somehow engaging in a ‘blood libel’ against her and others,” said David Harris, president of the National Democratic Jewish Council, in a statement. “This is of course a particularly heinous term for American Jews, given that the repeated fiction of blood libels are directly responsible for the murder of so many Jews across centuries — and given that blood libels are so directly intertwined with deeply ingrained anti-Semitism around the globe, even today.”

“The term ‘blood libel’ is not a synonym for ‘false accusation,’ ” said Simon Greer, president of Jewish Funds for Justice. “It refers to a specific falsehood perpetuated by Christians about Jews for centuries, a falsehood that motivated a good deal of anti-Jewish violence and discrimination. Unless someone has been accusing Ms. Palin of killing Christian babies and making matzoh from their blood, her use of the term is totally out of line.”

U.S. Rep Gabrielle Giffords, who was shot in the head Saturday and remained in critical condition in a Tucson hospital, is Jewish.

Abraham Foxman, national director of the Anti-Defamation League, said “it was inappropriate at the outset to blame Sarah Palin and others for causing this tragedy or for being an accessory to murder. Palin has every right to defend herself against these kinds of attacks, and we agree with her that the best tradition in America is one of finding common ground despite our differences.

“Still, we wish that Palin had not invoked the phrase ‘blood libel’ in reference to the actions of journalists and pundits in placing blame for the shooting in Tucson on others. While the term ‘blood libel’ has become part of the English parlance to refer to someone being falsely accused, we wish that Palin had used another phrase, instead of one so fraught with pain in Jewish history.”

Early Wednesday, Palin posted a lengthy video on the Web in which she defended the provocative speech employed by her and other conservatives — and condemned the violence in Arizona. Yet she also strongly pushed back at any notion that inflamed and sometimes gun-laden rhetoric played any role in the attack. She called allusions to that effect “irresponsible.”

Her critics in the media, she contended, “should not manufacture a blood libel that serves only to incite the hatred and violence that they purport to condemn. That is reprehensible.”

Prominent conservatives rallied around Palin and the terms “blood libel” soon began circulating — and some were angry that Palin wasn’t more urgently defended by party leaders.

“To the gutless GOP establishment who watches in silence the blood libel against” Palin, wrote commentator Andrew Brietbart Tuesday evening, hours before Palin’s statement was posted. “We will be watching.”

Meanwhile, in an exclusive statement to BigGovernment.com, famed attorney and Harvard Law Professor Alan Dershowitz defended Sarah Palin’s use of the term “blood libel” from multiple detractors. Fortunately, there are still plenty of honest liberals around:

The term “blood libel” has taken on a broad metaphorical meaning in public discourse. Although its historical origins were in theologically based false accusations against the Jews and the Jewish People,its current usage is far broader. I myself have used it to describe false accusations against the State of Israel by the Goldstone Report. There is nothing improper and certainly nothing anti-Semitic in Sarah Palin using the term to characterize what she reasonably believes are false accusations that her words or images may have caused a mentally disturbed individual to kill and maim. The fact that two of the victims are Jewish is utterly irrelevant to the propriety of using this widely used term.