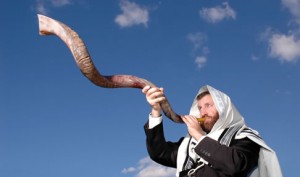 Experts in Eretz Yisrael monitoring the status of shofarot (shofars) sold in the country are questioning the kashrus validity of shofarot purchased by the IDF, originating in Morocco. This refers to dozens of shofarot recently purchased by the Ministry of Defense for use in the IDF. Rabbonim are most concerned, that thousands of frum soldiers hearing the shofar on Rosh Hashanah in the army may not fulfill the obligation of the mitzvah.

A letter was sent from Rabbi Aryeh Levine of the Judaica department of the Tel Aviv Religious Council, in which he points out there are serious doubts regarding the shofarot since they were manufactured without rabbinical supervision, hence the question as to the kashrus. The shofarot in question are not approved by the Chief Rabbinate of Israel.

It is pointed out in the letter that some of the shofarot inspected were found to have been glued, rendering them pasul (not kosher). Other problems pasuling them were also found. The Judaica unit is headed by Tel Aviv Chief Rabbi Yisrael Meir Lau Shlita, and these rabbonim are experts regarding the kashrus of shofarot. They are quite concerned, feeling the shofarot purchased by the Defense Ministry simply do not appear to be kosher, or there is sufficient doubt to justify not using them.

“It is simply unacceptable that soldiers who stand watch in defense of the country may be davening on Rosh Hashanah and hearing the sound of a pasul shofar!” exclaimed Rabbi Levine, who adds in recent years, the local marketplace is flooded with such pasul shofarot, manufactured in China and Morocco without any rabbinical supervision.

Ministry of Defense officials reject the validity of the Tel Aviv Rabbinate’s claims, adding the matter was checked by the IDF Rabbinate and the shofarot were found to be kosher.