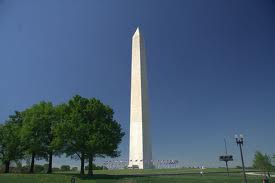 The National Park Service says it has no time frame for reopening the Washington Monument, which has been closed to the public since cracks appeared after a 5.8-magnitude earthquake struck the area on Aug. 23.

Park service officials said at a briefing Monday that engineers are continuing their work on a complete exterior survey of the 555-foot structure.

“Our primary goal is expediting the reopening of the monument to the public,” National Mall Superintendent Bob Vogel said, adding the park service “understands the disappointment” about not having a more specific date when the monument will reopen.

Engineers are looking at the fastest way to repair the cracks, which allowed in heavy rains from Hurricane Irene.

The 126-year-old monument has remained closed since the earthquake.

With its Egyptian obelisklike shape, the monument is one of the most easily recognizable structures in the D.C. skyline and has continued to draw visitors to its grounds despite its closure. The park service erected a 100-foot-radius fence to prevent any falling debris from injuring visitors.