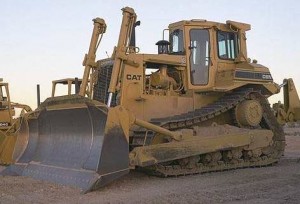 The Housing Ministry and Israel Land Administration on Tuesday, 18 Cheshvan announced a wave of building projects that will result in over 5,000 new homes. In addition, 2,000 units which will be designated as rentals will be moving along in the near future. 991 new homes will be constructed in Modi’in and 1,557 in Yerushalayim, the daily HaMevaser reports.

Housing Minister Ariel Atias explains the administration realizes the need for new homes and the absolute priority that must be given to bringing affordable housing to the marketplace.

Regarding the rental units, 730 are going to be designated for long-term rentals, including 130 such units Jerusalem’s Har Homa Gimmel neighborhood. The rental price for many units will be fixed in advance, an Israeli version of rent control. Other units are planned for the capital’s Pisgat Ze’ev neighborhood (18), Har Homa Bet (50).

In Efrat, 213 units will be announced in a tender with those with housing rights, as well as 168 units in Har Homa Bet. These are for those with rights and are interested in small dwelling units.

In Modi’in, 207 units will be available for those with housing rights, primarily for young couples as part of the government’s response to young couple that simply cannot find an affordable housing solution. A total of 1,600 units will be marketed in the capital.

Atias adds that working with Israel Land Administration officials, the ministry has made a breakthrough and in many cases, the land price will be sharply reduced to permit units being constructed for young couples to remain affordable.

The chareidi community waits in anticipation for progress in the next chareidi city, Charish, which officials are signaling is moving along as well despite numerous appeals to the national planning board.

Officials are hopeful that in the not-too-distant future, tenders will be announced for the first 6,900 units. The housing situation remains a top priority for Meir Porush, who was pleased to hear of the progress, stating the new city will offer affordable housing for the chareidi tzibur, HaMevaser reports.

It is believed that the housing opportunities in Charish will have an impact towards lowering housing prices in chareidi communities elsewhere as the critical housing shortage is alleviated, even in part.