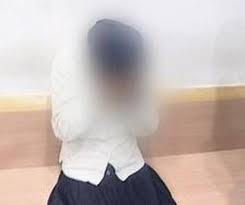 Channel 2 News correspondent Chaim Rivlin reported an “unbelievable story” of two children that have been cut off from society for their entire lives, now both adults.

The report states “this takes place under the radar of everyone, school officials, social workers, friends and neighbors alike”. According to professionals, this is not a one-of-a-kind story, explaining there are others in Israel, but an exact number is unknown.

Interviewed on camera but blacked out so he cannot be identified, a male, now 18, explains he was born on October 11th two houses away from where he lives now. He adds he could not have been born in a hospital, since then he would have been registered in the system.

We will refer to the young man as “A”, the first letter of the new name that he has chosen. Channel 2 points out that even if a small portion of the events uncovered in the report are true, there is cause for grave concern.

This young man was born, but there is no record that he exists. He never was registered, never went to kindergarten, never entered a school, does not appear in Bituach Leumi records, no ID number, and no health insurance. He never went to a doctor or dentist, and there are no records in the home, no photos, no albums, nothing to record that life existed yesterday.

‘A’ lives in Yerushalayim together with his sister and their mother. He sleeps on a bed near his mom, and the sister in another room. Both sleep on beds that open, containing storage underneath, both stocked with canned goods, bottled water and other food items in preparation for whatever may occur.

A’s mom fled the United States over 20 years ago with her infant daughter after she could no longer tolerate the abuse of her husband, who lashed out against her and their daughter. She was assisted by the chareidi community, which provided her with a forged identity, permitting her to flee to Israel without being tracked down. She arrived in Tzfat, her first home, and still has the forged ID that assisted in creating her new life.

She met a man who is the father of A. they were not married and after she became pregnant, the man fled, leaving the mom with her two children.

A was never permitted outside alone, and since he never attended school, he remained at home. He learned to read and write from his mother and sister. He speaks both Hebrew and English.

Channel 2:
When you see children outside playing, did you envy them?

A:
No because I was taught it was bad. I was told that one goes to school and gets abused, contracts illnesses, and returns home and gets abused again, and turns to follow to’eva. Then it leads to drugs, the IDF service where they do experiments on you, to India and more drugs return home to Israel and live life as a non religious person. Eventually one dies and then goes to gehenom. Why would I want to live like this?

Channel 2:
He spent most of his day reading books, and eventually they got a television, but no computer.

A:
I remember once I was punished and I was not permitted to watch television. I put on headphones and listened to music while walking from one end of the apartment to the other. What else was there to do?

Channel 2:
The door was not locked. Why didn’t you just walk out? I don’t understand.

A:
Physically it would have been easy indeed. I could have knocked my sister down. That was not the problem. Yes, I could have but psychologically was the problem. I couldn’t do it. If you didn’t live through it, you are incapable of understanding.

Channel 2:
They supported themselves weaving giddin, the type used to tie tefillin. Difficult work but it supported them. They all worked weaving in the home, hours a day.

A:
I would wear black and white with a large black yarmulke and we headed to Meah Shearim and Bnei Brak and we had our steady clients for the giddin.

Channel 2:
So in essence, your ‘friends’ were the clients and you never had contact with others.

A:
Correct. You see my mother never learned to speak Hebrew and my sister’s abilities are poor. Therefore, I was the one who had to make the living. I am the businessman. I would talk to the merchants and make the deals.

Channel 2:
A reports his mother would regularly hit him and tie his sister down. A number of weeks ago, A celebrated his 18th birthday, and he was taken to meet his biological father. It was the second meeting between the two. At the first meeting, A asked his dad to assist him in obtaining an identity card. At the second meeting, his dad refused his request.

Dad told him the moment his does this, his mother would be locked in prison and his sister would be sent back to the United States. A said he was going to the police, and this prompted his mother to flee their home.

With the assistance of Channel 2, A tracked down his mother at the home of a relative in Jerusalem, and the reporter accompanied him there to meet with her. A’s sister was also there and today, she is 27, also without any identity in Israel.

Sister:
It is not like I am angry since this is my mother, so I support her. I just want a home and a life.

Channel 2:
You have no ID or any documentation either?

Channel 2:
The mother agreed to meet but without cameras. She denies every striking or abusing the children, explaining she has been a victim of abusive men her entire life.

Mom (speaking in English):
When I was pregnant I was threatened by this man. I will hurt you if you hurt the child if I did not follow the rule of no school. I was never an extremist and wanted my children to be happy.

Channel 2:
Attorney Yair Nehorai was hired by A. He is confident she will be placed in jail, at the very least during the interim period and will have to address charges of abandonment and neglect. He agreed to take the case after reading the book written by A, based on the book of a son who wrote “Taliban Mother”.

A:
Taliban mom and my mother are one in the same. They share the same crazy psychological problems and while the Taliban mother is closed down and gathered; my mother is happy, outgoing and charismatic.

Channel 2 learned of the plight of this family and reported it to social workers in the Jerusalem municipality. A is already in a facility where they will work to rehabilitate him and his sister is soon to follow.