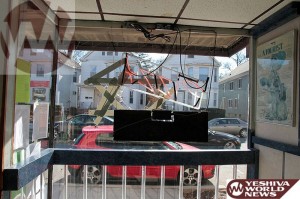 Sources confirm to YWN that around 2:30AM (Wednesday morning) bricks were thrown through the windows of 5 establishments in Highland Park- all Jewish stores, or owned by Jews. The two Judaica shops, Jerusalem Pizza, Park Place, and Jack’s Hardware, all had their window’s broken, or in some cases smashed.

Additionally, the Chabad House at Rutgers University in New Brunswick had windows smashed.

YWN spoke with Rabbi Mendy Carlebach, a local Police Chaplain, who says that police officials believe that both incidents are connected. Numerous Detectives are on the case and following many leads. Additionally, he tells us that the Governors office is aware of the situation, and working on the incident as well.

Further details will be published when they become available to us.