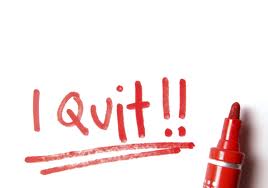 Israel Air Force Chief Rabbi Lt.-Colonel Moshe Ravaad sent a letter to members of the air force’s chareidi “Shachar” program, in which he informed them that due to the sharp deterioration in situation in the military regarding adherence to Halacha, he is stepping down, unable and unwilling to tolerate what is taking place in the IDF today.

The rabbi reminds the soldiers that he played a pivotal role in the formation of Shachar, a program that enjoyed the praise of a number of air force commanders, who spoke of the highly motivated chareidi soldiers who entered the unique program which adheres to a chareidi lifestyle.

The rav explained that for as long as he felt one could enter the IDF, the special air force program in particular, and “maintain one’s Yiras Shomayim”, it was fine, but the line has been crossed. He explains that under current realities, he is unable to continue bearing the responsibility for the neshamas of the members of Shachar, aware of the changes that are taking place. The kol isha issue in the IDF undoubtedly played a role in the rav’s decision.

Kol Chai Radio correspondent Kobi Fink explains that it appears there are a number of changes in store for Shachar soldiers, none of which will enhance their Avodas Hashem. Soldiers will be compelled to listen to female instructors, and sent to perform sentry duty, perhaps in a yishuv, removing them from their protective religious environment and badatz food they were guaranteed when they enlisted.

The IDF apparently feels it has the right to break the contract made with the rabbonim, who gave the green light for soldiers to enter the military. Some rabbonim, whose names remain on file, have already signaled if need be, soldiers will be going to jail but unlike the statements made by IDF Chief Rabbi Rafi Peretz (http://www.theyeshivaworld.com/article.php?p=113500), for them, Halacha supersedes the IDF rule of law.

An event held in Beit HaChayal in Tel Aviv tonight for Shachar was made compulsory, and hundreds of Shachal soldiers were ordered to attend, informed that they may not speak with the media under any circumstances. YWN-ISRAEL reported on Monday the media was banned from the event. Members of the press attempting to enter were barred from doing so by order of IDF Chief of Personnel Branch Major-General Orna Barvibai, who has stated on a number of occasions that she will make certain the voice of female vocalists are heard loud and clear in military ceremonies. A number of soldiers spoke with Kol Chai Radio nonetheless, their voices disguised in the hope of keeping them out of hot water. The described their fears, feelings of betrayal and concerns.

Some say the rav was supposed to step down in 2012 anyway, seeking to minimize the impact of his move, but those in the know explain he leaves with a sense of betrayal and pain, aware of the fact years of building bridges between communities is being destroyed without thought.

Most of the people involved are shocked and currently lack a viable explanation for the military’s blatant disregard for agreements, commitments and the change of the status-quo, a holy term in most cases but apparently here, when it comes to the rights of chareidi soldiers regarding Halacha, easily disregarded.

Kol Chai reports another member of the military rabbinate is on his way out as well, joining Ravaad in his decision, unwilling to be a part of the changing tide which is definitely not a favorable one for a Shomer Shabbos Jew. His name is not being publicized at this time.

Kadima MK Yonatan Plesner responded to the rav’s announcement, expressing his sorrow over hearing the news. He added the decision of the rav will undoubtedly have a negative impact on the future of the Shachar program, and as a result, in will negatively affect the integration of chareidim into mainstream society and the workplace.

“Statistics have shown that chareidim entering Shachar leave as chareidim and the tumult created by the rav is unnecessary” he concluded.