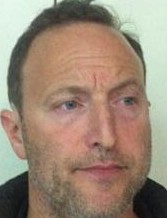 A West Haven man awaiting extradition to face charges of murdering the owner of a Westport jewelry store and stealing $300,000 worth of diamonds has killed himself in a Spanish prison, according to law enforcement sources.

Thomas Carson, a spokesman for the U.S. Attorney’s office, would not comment on Levene’s status. But a source said law enforcement officials in Connecticut were notified Thursday morning that Levene had committed suicide and that authorities here were still trying to determine what exactly happened.

In early December, Levene met with Yekutiel Zeevi A”H, the owner of YZ Manufacturers, known as Y.Z. Jewelers, at 431 Post Road East in Westport, officials said. He asked Zeevi for several diamonds that were 2 to 3 carats in size and valued between $45,000 and $75,000.

On Dec. 7, Levene met with Zeevi and an associate, identified as Ronen Konfino, 48, of New York City, at the dealership to examine the diamonds. Levene told Zeevi he would have to “sleep on it,” the release states.

The next night, the men met again. Zeevi asked Konfino to bring the diamonds they’d viewed the night before, along with several others, together valued around $300,000.

Konfino called 911. Zeevi was brought to Norwalk Hospital, where he was pronounced dead. Konfino was treated and survived. He was a key witness in Levene’s eventual capture because he provided authorities with a partial cell phone number as well as a sketch of the man who shot him.

Authorities used the partial cell phone number to eventually trace it to Levene, who they discovered had been calling jewelry stores from Philadelphia to Connecticut arranging to view diamonds.

On Dec. 11, four days after the murder Levene flew from Philadelphia to Amsterdam and then went to Spain with his family. He was arrested by the Spanish National Police.