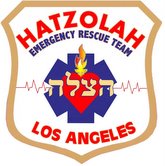 For the second time this week, the Hatzolah of Los Angeles volunteer Emergency Medical Service was called to search for a missing person who was believed to be in danger. The victim, a 42-year-old female resident of the South Bay, had gone missing after last speaking with an out-of-state family member over the telephone. Believing that the woman—who suffers from several medical conditions—was in danger, family members contacted local police as well as another community volunteer organization, Chaverim of Los Angeles.

Chaverim contacted Hatzolah of Los Angeles and provided them with the information necessary to initiate a full-scale search effort. Local police were notified, and officers were informed to be on the lookout for the missing individual and her vehicle. With the cooperation of the Los Angeles County Sheriff’s Department and the Huntington Beach Police Department, the victim’s cell phone records were obtained and a search radius of approximately one-half mile was identified.

By 9:30 PM Tuesday, Hatzolah had established a unified command post in the city of Redondo Beach, where the victim’s cell phone had last been used. More than two dozen Hatzolah and Chaverim volunteers took part in searching the surrounding area for any sign of the victim.

At approximately 11:00 PM, Hatzolah members found the woman’s vehicle parked at a local motel. After Hatzolah responders confirmed that the missing woman had registered as a guest at this motel, the Redondo Beach Police and Fire departments were notified. The victim was found inside her room in critical condition and was promptly transported to Little Company of Mary hospital in Torrance.