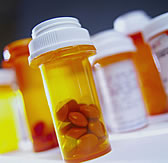 Acting on a Health Ministry complaint of a pirate pharmacy, police launched an investigation into a rav who operates a pharmaceutical gemach in his community in Eretz Yisrael. When police raided the suspect’s home they found thousands of prescription meds along with HMO identification cards belonging to a number of people.

Needless to say the evidence served to confirm police suspicions and the rav was taken into custody on suspicion of operating an illegal pharmacy.

The rabbi explained he was simply doing a chessed, trying to assist neighbors, especially on shabbos, yomtov and nights, when pharmacies are closed.

The rav has been released on bail. The investigation continues.

The way such gemachim work as follows. They usually only stock certain types of medications, obtained legally with prescriptions from local pharmacies. In the event a person requires a certain drug during hours when pharmacies are closed, the gemach will supply it and then the borrower must replenish the stock by filling the prescription in the pharmacy. This system also ensures the stock is rotated and medications do not expire.

Of course such a gemach requires cooperation with a local pharmacy. Such gemachim are run by extremely responsible individuals, usually people friendly with a pharmacist or at times, the gemach is run by a pharmacist himself.