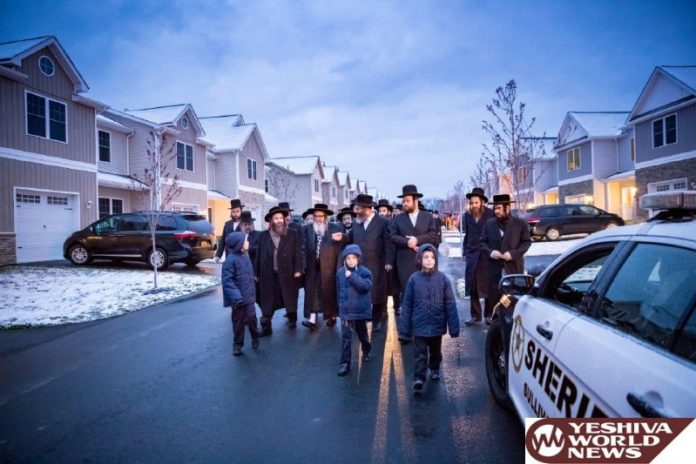 The Anti-Defamation League (ADL) condemned anti-Semitic vandalism in Bloomingburg, Sullivan County where an under-construction mikvah was defaced with swastikas and other hateful messages overnight between June 25 and 26.

“A mikvah is a central piece of Jewish life, and spray-painting swastikas and crude symbols strikes at the heart of traditional Jewish life and practice,” said Evan R. Bernstein, ADL New York Regional Director. “This incident is all the more troubling in the context in which it occurs as there is a growing Jewish community in Bloomingburg. We call on local elected officials and community leaders to denounce this bias incident.”

Mr. Bernstein added, “The Sullivan County Sherriff’s Office has launched a thorough investigation and we commend their responsiveness and diligence.”

ADL has been in contact the Sullivan County Sherriff’s Office and offered its security resources and assistance.

The mikvah desecration comes on the heels of a string of similar anti-Semitic incidents in the Hudson Valley. Most recently, swastikas were discovered spray-painted on a realtor’s sign and street sign in Rockland County on June 17. In the weeks prior, swastikas were discovered in a state park and on a neighborhood fence, and the words “No Jews” were spray-painted in a for-sale house.

ADL’s annual Audit of Anti-Semitic Incidents found a 50 percent increase in instances of anti-Jewish vandalism across New York State from 2015 to 2016.