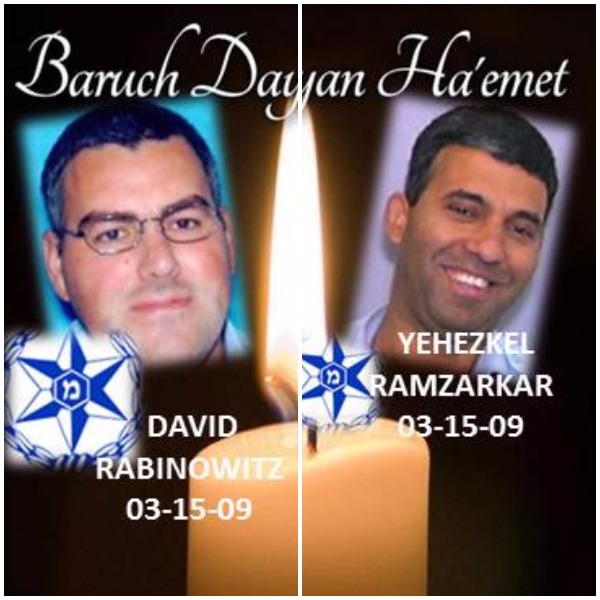 It was announced that after a lengthy investigation by the Shin Bet and the Israel Police, a significant breakthrough was achieved in the investigation into the murder of policemen Yechezkel Remezker and David Rabinowitz, who were shot dead eight years ago on March 15, 2009, while sitting in a police car near the settlement of Massua in the Jordan Valley.

Since the murder in 2009, many actions have been taken by the Shin Bet and police in order to decipher the murder and locate the murderers.

In April 2017 Muhammad Radwan Daraghmeh, a resident of the village of Tubas in Shomron, was arrested for questioning. During his arrest, he was caught with improvised weapons.

According to the findings of the investigation, a squad of three, including Muhammad, arrived at the scene of the murder. During the incident, the two policemen were shot dead by one of Muhammad’s associates.

The military prosecution filed a severe indictment against Muhammad, which he attributes to intentional manslaughter.