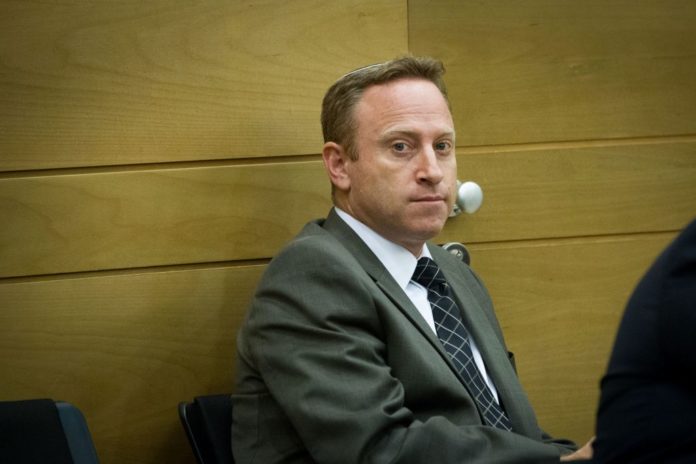 Ari Harow, a former close confidant and bureau chief to Prime Minister Binyamin Netanyahu, faces criminal charges for alleged money laundering involving 10 million NIS. Harow continues negotiating with police as he may turn state witness in an investigation against his former boss, and the once-close confidant to Netanyahu may be the person who brings him down in what is called Case 2000.

This is the case involving Yediot Achronot publisher Arnon Mozes, in which Netanyahu allegedly made a deal with Yediot – obtaining favorable media coverage in exchange for turning his back on supporter Yisrael Hayom, which is published and owned by major Netanyahu backer Sheldon Adelson.

According to a Channel 2 News report, it was Harow who was asked by PM Netanyahu to advance the negotiations with Mozes. Mr. Netanyahu played down the content of talks between him and Mozes when questioned by police but Harow reportedly told another story, one that incriminates the prime minister.

Police reported last week that if Harow accepts the state witness deal, he will spare himself prison. Instead, he will receive a half year of community service and a NIS 700,000 fine for breach of trust.

The report adds that Harow insists it is not about he is going to jail of Netanyahu, but that he is being blamed for something that he had nothing to do with and that he might go to jail without reason. He insists he is not selling out Mr. Netanyahu as people understand it to be. He explains that becoming a state witness is not about rating out another to save oneself, but in this case, he was caught up in something he did not do. He is confident in time this will become evident.

It is now reported police are about to recommend to the attorney general that a criminal indictment is filed against Prime Minister Binyamin Netanyahu in the Case 2000 ordeal, a move that Mr. Netanyahu’s opponents insist must be followed by his resignation. Police are also expected to recommend a criminal indictment against PM and Mrs. Sara Netanyahu in Case 1000, for allegedly accepting illegal gifts from wealthy influential persons. They allegedly received thousands of shekels in champagne and expensive cigars from Hollywood producer Arnon Milchan.

If he becomes a state witness, Harow will provide incriminating information against the Netanyahu couple in both cases.