Hurricane-turned-Tropical Storm Harvey has walloped Houston, Texas on Shabbos and Sunday, dumping more than 15 inches of rain and bringing winds of 40MPH to the city.

Meteorologists expect the storm to stay around the region through Wednesday, with the potential for total rain accumulation to reach 50 inches in some areas.

“Parts of our community have been impacted by the severe weather of the past two days,” the Jewish Federation of Houston posted Sunday morning on Facebook.

“We are working with our partner agencies to assess the current situation in our community and determine priority on action items. We will communicate out as soon as we know how best to move forward in the short and long-term,” the organization wrote. The post did not specify what in the Jewish community had been damaged.

The Houston JCC said it had collected emergency supplies for the community prior to the hurricane, including bottled water, work gloves, packing supplies, plastic storage bins, heavy garbage bags, heavy-duty razor blades to rip out wet and damaged carpet, cleaning supplies and gift cards for home repair stores and grocery stores, according to the Texas Jewish Herald-Voice.

“I am sad to report that many of our friends who flooded in the recent past are flooded once again, and there are many others who have never been flooded before,” Rabbi Chaim Lazaroff of Houston told Chabad Org. He and his wife, Chanie, are co-directors of Chabad of Uptown in the Meyerland area. “The rain is not stopping,” he said.

Chanie Lazaroff added, “There is a lot of tension, and the hard part is that it’s far from over. There’s a lot of rain coming, and safety is the most important thing.”

The attached videos and photos were taken on Sunday in the Frum neighborhoods, near Chabad, Young Israel and the Kollel of Houston.

Here’s wishing for the entire community to remain safe in the coming days! 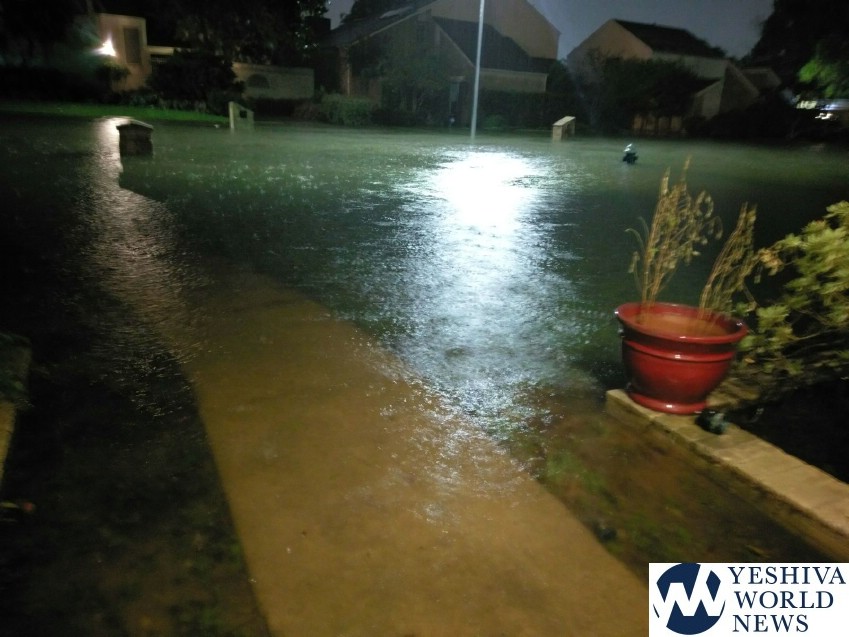 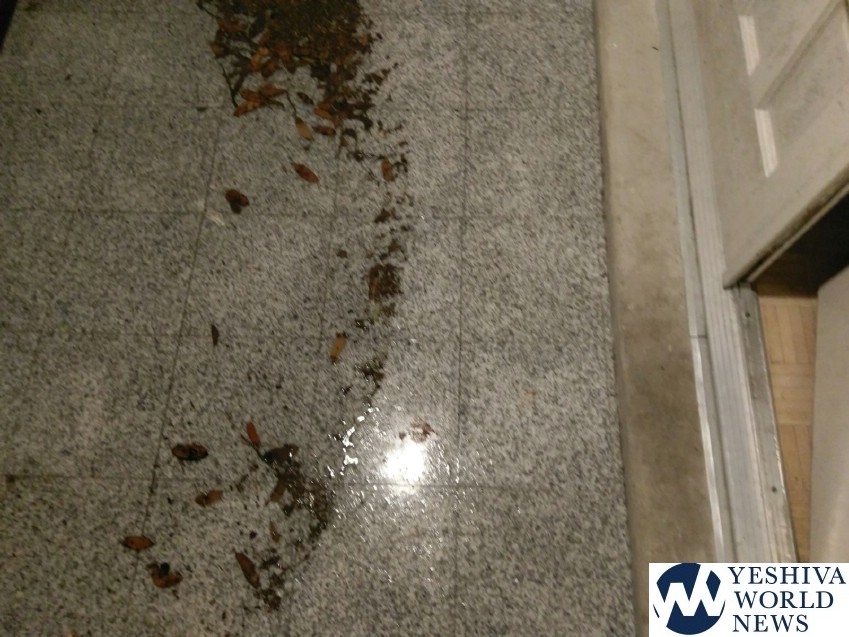 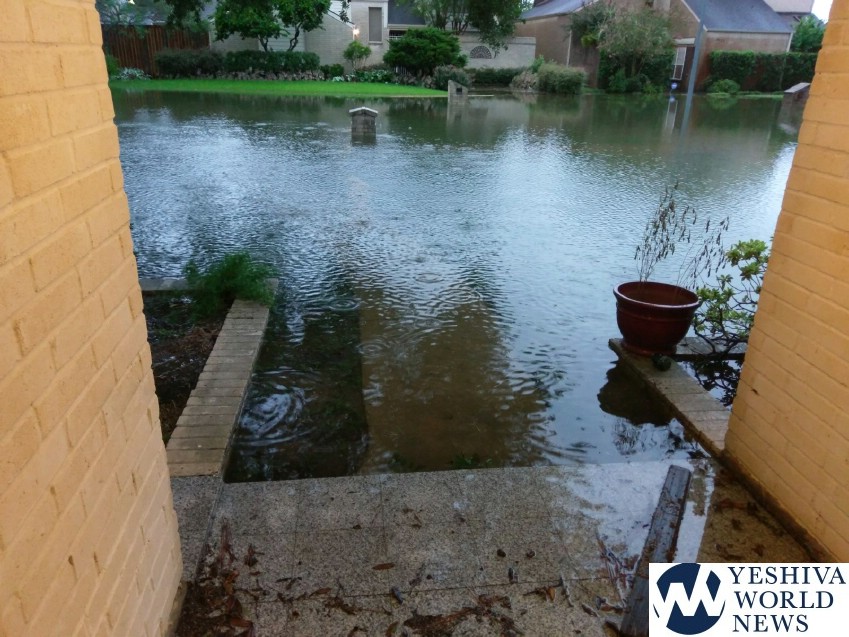 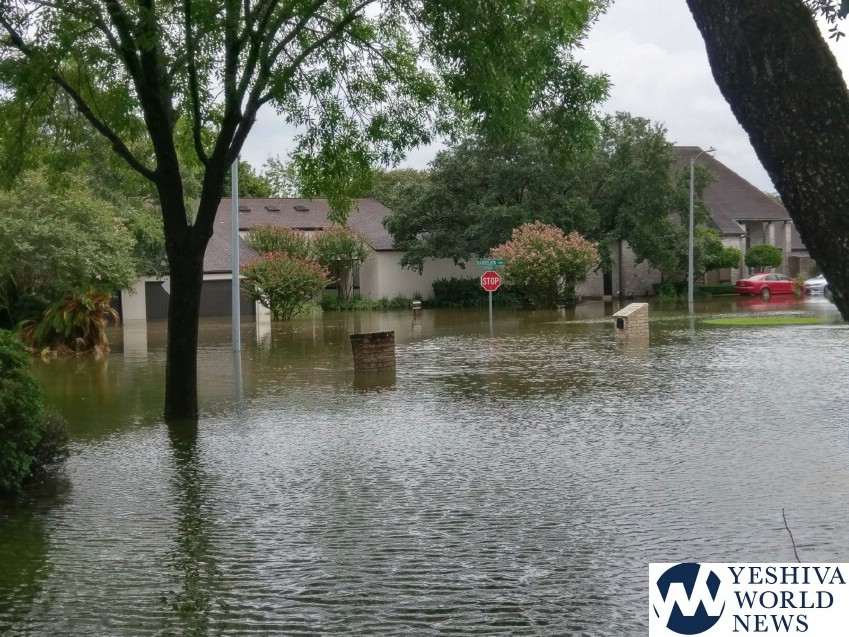 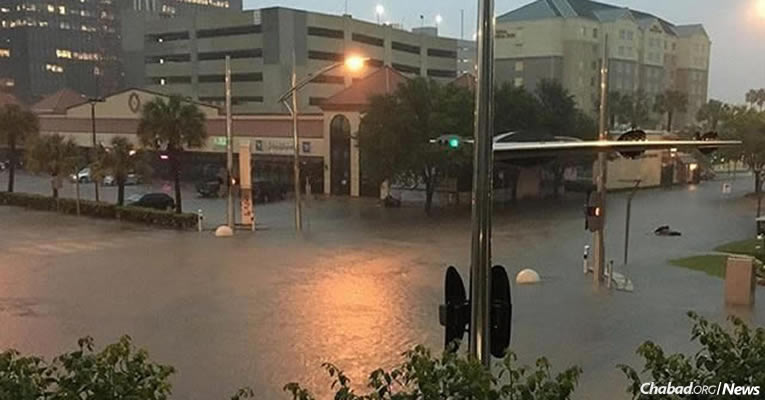 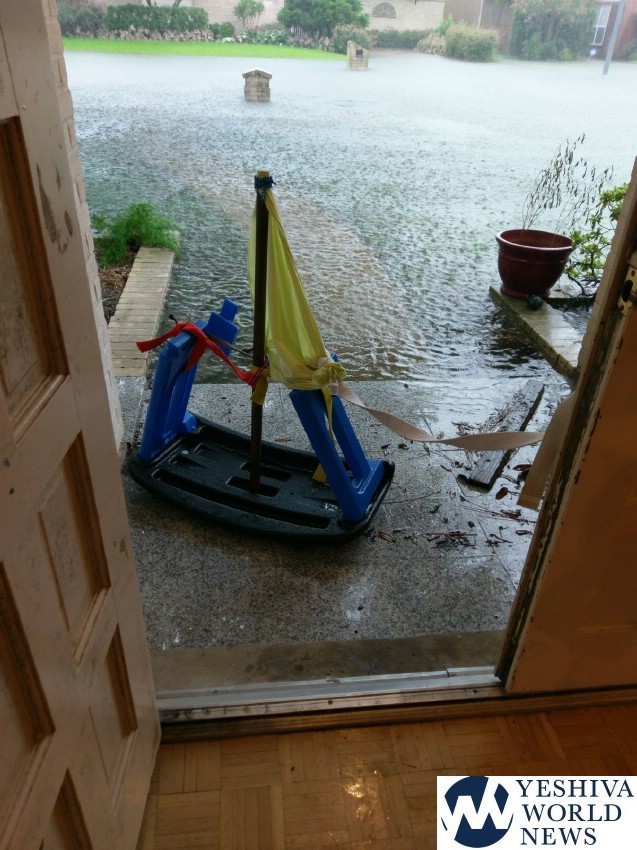 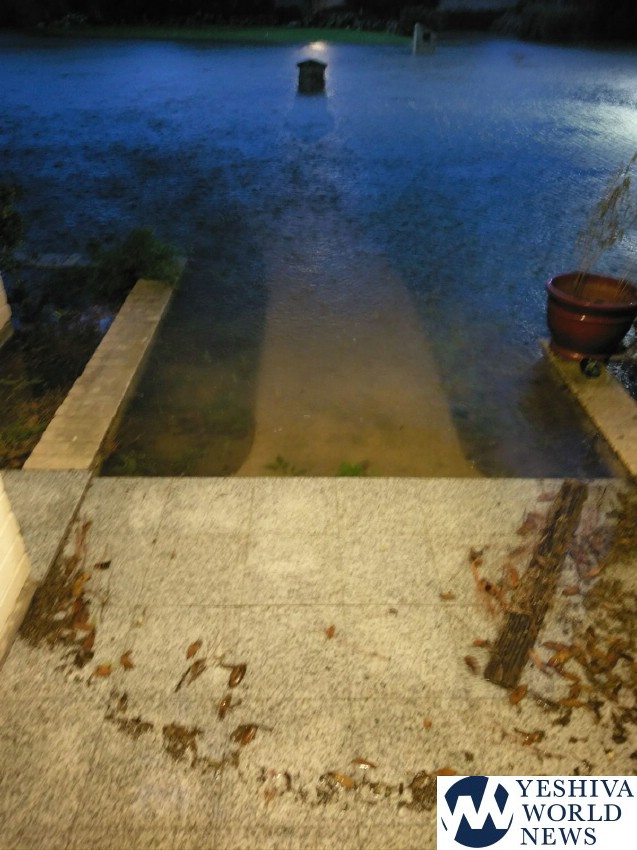