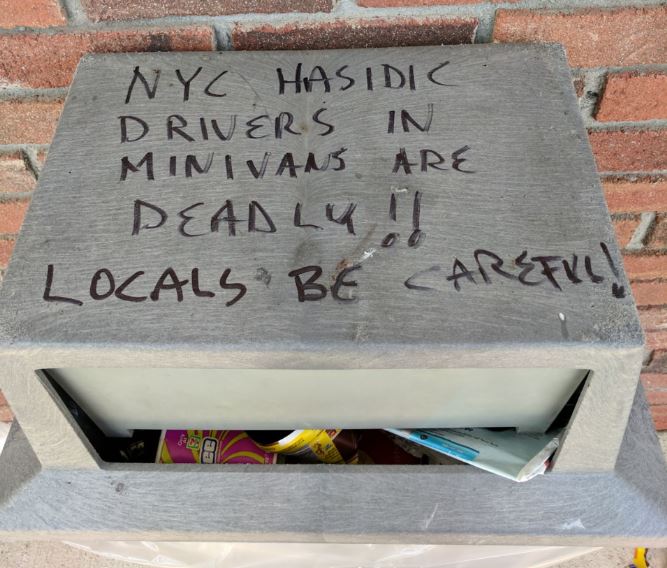 The attached image of hate was found in Fallsburg in Sullivan County on Sunday.

“NYC HASIDIC DRIVERS IN MINIVANS ARE DEADLY!! LOCALS BE CAREFUL!”, was scrawled on a trash bin outside the popular Stewart’s gas station and convenience shop, located at the 4 Corners.⁠⁠⁠⁠

Yes, it’s true that Orthodox Jews tend to drive minivans due to their large families.

However, an interesting note for the Anti-Semites: Are they aware that that there have been multiple single-vehicle crashes in Fallsburg in the past two weeks – in which the drivers were not Jewish?

Not to worry, the victims were all treated by the Jewish volunteer heroes of Catskills Hatzolah, regardless of their ethnicity.

Haters will be haters, while decent people see hate for what it is. HATE. 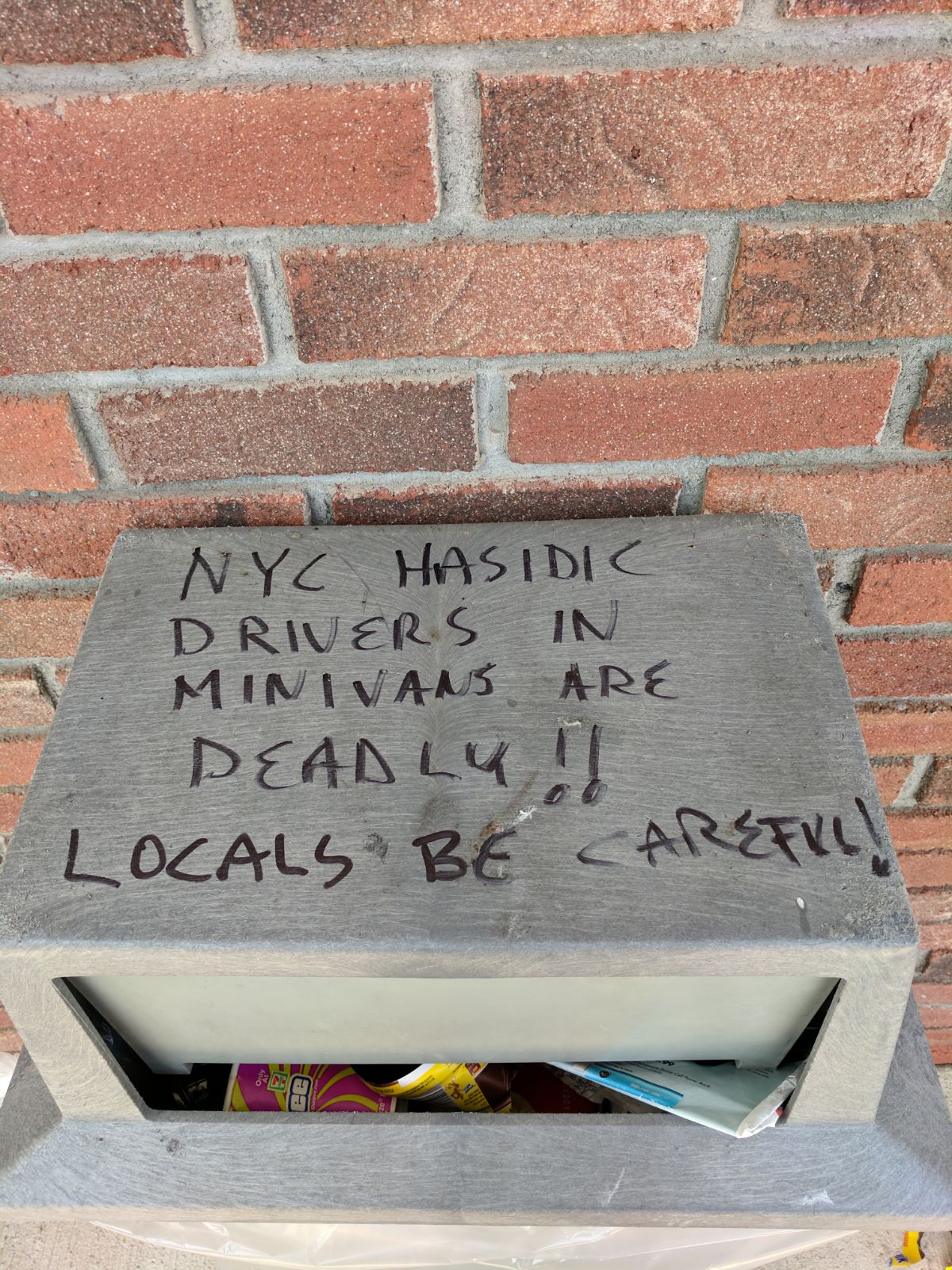