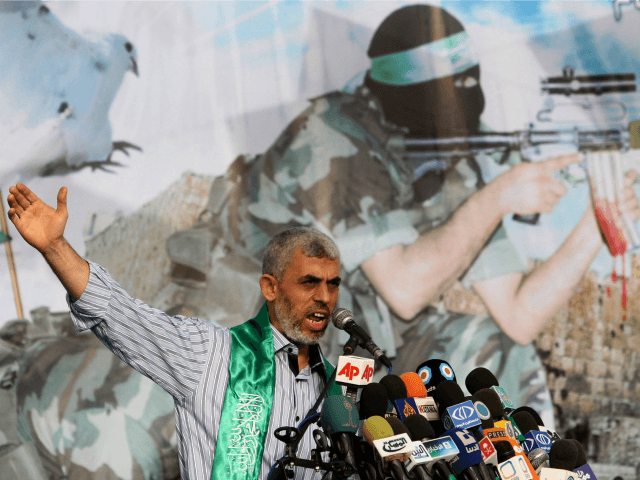 Hamas’ new leader in the Gaza Strip on Monday said his group has restored relations with Iran and is using its newfound financial and military aid from the country to gear up for a new round of battle with Israel.

Yehiyeh Sinwar delivered his assessment as U.N. Secretary-General Antonio Guterres was visiting neighboring Israel. At a meeting with the U.N. chief, Israeli Prime Minister Benjamin Netanyahu complained about what he said was rising anti-Israel activity by Iran and its allies across the region.

Iran was once Hamas’ top backer. But Hamas broke away from Iran in 2012 after it refused to support Iran’s close ally, Syrian President Bashar Assad, in the Syrian civil war.

During a four-hour meeting with journalists, Sinwar said those ties have been repaired and were stronger than ever.

“Today, the relationship with Iran is excellent, or very excellent,” said Sinwar. He said the Islamic Republic is “the largest backer financially and militarily” to Hamas’ military wing.

Monday marked the first time that Sinwar has met with reporters since he was elected in February. Sinwar, 55, has close ties with Hamas’ militant wing and takes a hard line toward Israel.

Sinwar would not say how much aid Iran provides to his group. Before the 2012 breakup, Iran provided an estimated $50 million a month to Hamas, a militant group that seeks Israel’s destruction.

Hamas wrested control of Gaza from the Western-backed President Mahmoud Abbas’ forces in 2007. Since then, it has fought three wars with Israel.

Sinwar stressed that the Iranian aid is for “rebuilding and accumulating” Hamas’ military powers for a larger fight against Israel that is meant to “liberate Palestine.”

“Thousands of people work every day to make rockets, (dig) tunnels, and train frogmen,” he said. “The relationship with Iran is in this context.”

But the shadowy leader, who spent about 25 years in an Israeli prison, said his movement does not intend to start a fourth war with Israel, instead preferring to remedy dire living conditions in the impoverished coastal enclave.

Israel and Egypt imposed a blockade on Gaza after the Hamas takeover a decade ago. Trying to pressure Hamas and regain control, Abbas has asked Israel to reduce electricity supplies to Gaza, and he has slashed the salaries of thousands of his former government employees there. The result is that Gaza suffers acute power outages of up to 16 hours a day, unemployment of close to 50 percent and widespread poverty.