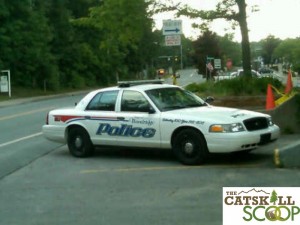 NOTE BY YWN ON 6/30/2019: THIS ARTICLE IS FROM 2012. THIS IS A TOP TRENDING ARTICLE IN 2019 ONLY BECAUSE PEOPLE ARE CLICKING ON IT. YWN HAS NO CONTROL OF ARCHIVED ARCHIVED ARTICLES AND WHO CLICKS ON THEM.

In a blatant act of total disrespect for New York State law, and disregard for human life, the Woodridge Police Department issued tickets to not one, but two Hatzolah members on Wednesday evening.

Eye-witnesses who saw the incident unfold related to YWN that Hatzolah was called for a diabetic passing out on the street in the town of Woodridge. Hatzolah was dispatched, and upon their arrival were asked for their license, registration, and insurance cards.

Even more disturbing is the fact that the officer was overheard telling the Hatzolah members “I was a cop in the town of Fallsburg for more than 20 years, and know that you are legally allowed to use red lights, but I was forced to write the tickets by Isaac Kantrowitz, who is one of the Village Trustees of Woodridge”, and one of the towns police commissioners.

In fact, eye-witnesses tell us that Mr. Kantrowitz was personally on the scene screaming in a highly unprofessional manner to have them all ticketed.

Sources tell us that Hatzolah Coordinators are stunned as to this development, following the many years of wonderful cooperation that Catskills Hatzolah maintains with all local emergency personnel.

It is unknown what the outcome of this incident will be, but this is dangerous, reckless, and can possibly in the future cause the death of a human life.

YWN spoke with Rabbi David Cohen, the CEO of Chevra Hatzolah regarding this troubling incident, who stated the following:

“We stand behind our members 100%, as they did nothing wrong. They were dispatched to a serious emergency in front of the municipal building, and we are surprised at the actions of the police. It should be noted that Hatzolah members are authorized by law to utilize red lights and sirens while responding to emergencies, and we will do everything in our legal power to ensure that the law is respected by the Woodridge Police Department.

“Hatzolah calls upon the police department, as well as the Mayor of the town to have these tickets dismissed without even going to trial, Rabbi Cohen said”.

YWN spoke with outraged summer residents, who happen to be the biggest taxpayers in the town.

“If Hatzolah members are going to be stopped or delayed by police while responding to life-threatening emergency calls, it may cause the death of a patient, god-forbid”, one resident said.

“We plan on protesting this outragous behavior, and over the coming weekend many local housing developments will get together to decide on appropriate action.

The Town Of Woodridge can be contacted at: