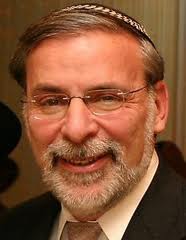 Several political observers have contacted this column questioning whether Assemblyman Dov Hikind is trying to split the Jewish vote to help elect Theresa Ciccotto from Bay Ridge over frum front-runner Shlomie Mostofsky in Thursday’s primary for Civil Court Judge. They believe that although Hikind is ostensibly supporting a third Jewish candidate, Charles Finkelstein, his candidate has not been actively campaigning, has spent relatively little money and is not expected to win.

By simply having another Jewish candidate on the ballot, that could peel off enough votes from frum askan Shlomie Mostofsky to help Theresa Ciccotto win. “It’s not uncommon for politicians to run one candidate solely for the purpose of preventing another candidate from winning,” explained one political strategist.

Although the 5th judicial district seat has been held by Jewish Judges in the past, there has never been a frum Judge elected to this particular seat even though the largest ethnic group is frum Jews. It appears that Hikind may have made deals with the Democratic Party to support non-frum candidates for this seat in the past. The last two Judges who held this seat were not frum, and won their elections with Hikind’s support.

“There are hundreds of Civil Court Judges in New York City. However, only one is frum. That doesn’t make any sense. There should be dozens of frum Judges. Unless the frum community unites tomorrow to vote for Mostofsky we may be left with a single frum Civil Court Judge,” explained one community leader.

The importance of Civil Court Judges can not be overstated. Aside for their role in resolving traditional financial disputes including credit card and mortgage case, Civil Court Judges are routinely promoted to higher levels of judgeship and are able to have a significant impact on the communities that they judge.

Shlomie Mostofsky shot to the front of this race for Judge after receiving
the strong endorsement of Councilman David Greenfield and glowing statements attesting to his leadership as an askan from HaRav Yisroel Belsky, Rabbi Chaim Dovid Zweibel and Rabbi Dovid Goldwasser among other community leaders. For all intents and purposes the race will be decided in tomorrow’s Democratic Primary. Polls open at 6am and close at 9pm.

Keep your browser tuned to YWN for the latest election analysis, coverage and results tomorrow night.

This is a small selection of a new exclusive political analysis & opinion column – Backroom Deals – available in Yeshiva World News print edition being distributed on Fridays in Boro Park & Midwood. If you live in Boro Park or Midwood and would like a free weekly subscription please email your name and address to: [email protected] The views expressed in this column are solely the opinion of the author and do not necessarily reflect the views of YWN.