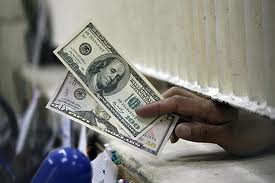 A new report from the state comptroller’s office shows spending of $6,859 per New Yorker in its most recent fiscal year.

Comptroller Thomas DiNapoli says New York government has made progress toward aligning spending and revenue. Total spending in the fiscal year that ended March 31 was down 1 percent, or $1.3 billion, from the previous year.

But the annual report on the state’s financial condition shows that spending has grown by 15 percent since 2008, or almost double the inflation rate. Part of that was paid by borrowing.