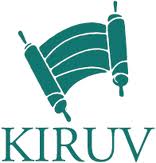 Chosen People Ministries (a Jews for J missionary group) has spent $2.1 million to acquire a building and an additional nearly $1 million more on renovations to construct an 11,000 square foot missionary center in the heart of Flatbush; it will house a “synagogue,” Sefer Torah, classrooms, and dining hall with the specific intention of attracting the general Orthodox community and particularly 1) unaffiliated local Jews and 2) adults at risk from frum homes who have abandoned Yiddishkeit or are on the fringe. Vulnerable Jews will be invited for deceptive Shabbos and Yom Tov meals and services. Will they join? Who would turn down free meals and a warm, friendly, and welcoming atmosphere?

The missionary center, located on Coney Island Avenue between Avenues P and Quentin (in the former Yablokoff Funeral Home) makes it clear in their promotional material that Jews in Brooklyn are their prime targets, because there is little or no Kiruv going on in Brooklyn.

Brooklyn is the only metropolis in North America without an all-encompassing Kiruv center. Denver, Colorado, for instance, has a tiny fraction of Jews compared to Brooklyn (proportionately there are more nonobservant Jews in Brooklyn than anywhere in America) and yet Denver has three Kiruv centers. Brooklyn has no major center.

Brooklyn Jewish Xperience (BJX), Brooklyn’s outreach organization, is at the forefront of outreach, reaching out to Brooklyn’s non-observant and less observant Jews. Almost 70% of Brooklyn’s Jews are non-observant. Every day BJX works around the clock, engaged in inreach and outreach, teaching Torah and Judaism to both those born to secular families, as well as young adults that were raised in religious homes but grew disenchanted or felt disenfranchised. Brooklyn Jewish Xperience’s innovative classes and programs and its warm, dynamic leadership has inspired countless to learn more about their heritage, prevented intermarriage and ensured Jewish continuity.

BJX is changing the fabric of Brooklyn. Roger bought Tzitzis; Jessica affixed a Mezuzah to her door. Sarah is going to study in Neve; Sammy is joining our chavrusah program. Paul, Erica, Danny, Boris, Angela, Mark, Debbie and numerous others enrolled in our “Laws and Philosophy of Shabbat” series. And that’s not all—students from frum families on the brink of giving up Yiddishkeit are now well adjusted frum adults.

Brooklyn Jewish Xperience needs your help to thwart the plans of the Missionary Center about to open in Flatbush. Instead of the fighting the missionary center by picketing and protesting we will foil their efforts by establishing Brooklyn’s first all-encompassing Kiruv Center. Thanks to the tireless and devoted efforts of pioneering community leaders Moshe Caller, Shimon Lefkowitz, Leon Goldenberg, and Eli Goldbaum, Brooklyn is close to having a Kiruv Center. The BJX Kiruv Center will host BJX’s Kiruv Shul, daily classes, learning programs, and events for the unaffiliated and for frum people desperately in need of Kiruv and Chizuk. The Center will be located at 2915 Avenue K. Construction began last week. Now BJX needs support from the community to help build the BJX Kiruv Center so we can put the missionaries to shame. This is your chance to be part one of the greatest and most seminal endeavors in Jewish history.

The Chafetz Chaim declared that every Jew has a Torah obligation to reach out to their non-observant brethren. Today, with the threat from local Jewish missionaries, the fire of assimilation burning out of control, and the rampant off-the-derech phenomenon, every Jew must heed his call and respond.

BJX is a 501c3 organization, under the leadership of Rav Yitzchok Fingerer. Your donation is tax-deductible. You may donate securely online at http://www.thinkandcare.org./make-donation.html, send checks to Brooklyn Jewish Experience 998 East 21st Street Brooklyn NY 11210, or call 646-397-1544 with your pledge. The fire is almost out of control. Please donate now to save our Jewish heritage.