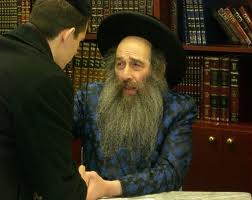 The pictures are broadcast to us from our Holy land, 6,000 miles away. Political protocol is strictly followed as the most powerful man in the world pays his first state visit to Israel. The leaders of both countries conduct urgent meetings on how to deal with threats that loom most ominously from Israel’s hostile “neighbors,” most notably Iran which purports to challenge Israel’s very existence. Even closer to the homeland is the very country which had enslaved our ancestors some 3,300 years ago. Despite formal peace treaties between Israel and Egypt, the relative calm which has prevailed over the past few decades appears to be in jeopardy as the entire region becomes increasingly destabilized. It is hardly coincidental that on the eve of our holiday of historical national redemption, we find ourselves, once again, preoccupied with serious matters pertaining to ensuring our continued freedom from the enemies arrayed against us. What common sense lessons can we learn from the story of Pesach from three and half millennia ago, to help us deal with the challenges we face today?

Truth be told, there is very little that transpired in the Pesach narrative that can be understood with common sense. In fact, every step of the way, the instructions God gave to Moshe and the Children of Israel all but defied common sense.

Consider Hashem’s very choice of Moshe Rabbenu as His spokesman to go to Pharaoh to secure the freedom of the Jewish people. Instead of choosing the most skilled and proficient politician and negotiator, Hashem chose a political refugee, convicted of murder, who suffered from a speech impediment to boot. Nevertheless, under Hashem’s protection Moshe entered the palace and instead of immediately summoning the executioner, Pharaoh engaged him in debate and continued to engage Moshe for nine plagues that followed.

When the Bnei Yisrael were commanded to tie a sheep, the deity of the Egyptians, to their bedposts in preparation for its slaughter, it would have been wise to avoid contact with the Egyptians until the Korban Pesach ceremony was completed. Instead, Hashem instructed the Jews to approach the Egyptians to borrow gold, silver and beautiful clothing. And again, under Hashem’s protection not a single Jew was harmed by a Mitzri.

And finally, as the clock struck midnight of the fifteenth Nissan and the Egyptian firstborns were smitten by Makas Bechoros, even though the Egyptians frantically urged the Jews to leave their country, the Jews resisted the temptation to flee in the darkness and cover of night. They steadfastly awaited the command from Hashem to begin their march to freedom, which did not come until morning. The Bnei Yisrael walked out of Mitzrayim, “B’Etzem HaYom Hazeh,” in the full light of day and in full sight of their erstwhile taskmasters. And yet again, defying common sense, not a single sword was lifted against them to prevent them from leaving. They left with their walking sticks in hand and sacks of possessions slung over their shoulders, trusting fully in Hashem’s divine protection.

The lesson and message for us today is abundantly clear. the most powerful weapon we Jews possess in our arsenal to defend ourselves against those who threaten us, is our unwavering faith in our Father in Heaven and an unswerving commitment to live our lives in accordance with His will as He taught us through His holy Torah. This is what has preserved us throughout the course of our turbulent history.

And, on the night of the Seder, many Jews have a custom of reenacting the exodus in dramatic fashion, walking around their Seder table with a stick in hand and their Matzos slung over their shoulders in a little sack to show that we too follow in the path our forefathers blazed for us. A path of renewed commitment to Hashem that will lead us to the final and ultimate redemption,

Wishing you and your families a Kosher and joyous Pesach filled with Hashem’s myriad blessings.