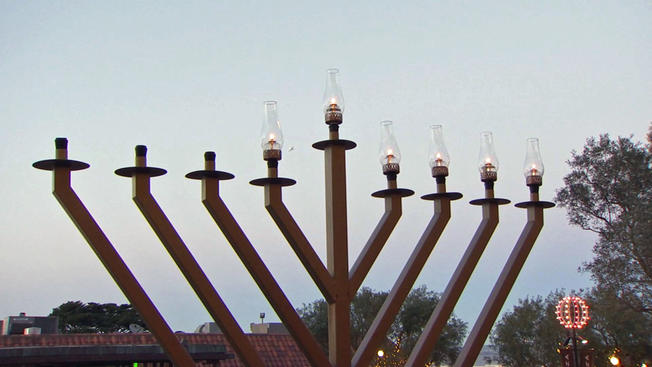 If we delve into the prehistory of Chanukah, we learn all sorts of interesting new information.  When we combine this information with Midrashim – it enhances our understanding even more.  Finally, when we unearth lost midrashim – the information can be rather fascinating.

It is a sad fact that over 90% of our Midrashim have been lost. This is due primarily to the seizure of manuscripts and seforim by the Catholic Church in Europe. How do we know that this is the percentage that was lost? The answer is that it can be culled from a statistical analysis of the sheer numbers of Midrashim quoted in the Drashos of the Rishonim that are simply not there. Nine out of ten times that a Rishon cites a Midrash – it is not to be found.

Below we find a Midrash cited by the Bach that can only be found in in Eisenstadt’s Otzar HaMidrashim (p. 93). Boruch Hashem, this one was not lost entirely, but others, unfortunately were.
The Bach writes (Orech Chaim 670:4):

“That evil one [Antiochus] decreed to abolish the Korban Tamid and he further said to them: They have one particular practice in their hands – if you abolish it from their hands, then they will already be lost. Which practice is it? The lighting of the Menorah – as it states, “l’haalos bah ner tamid – to light in it a constant lamp – there is a drasha the entire time that they will light it, they shall be constant – they shall always endure.

They then went and made impure all of the oils. When Klal Yisroel returned and did Teshuvah risking their lives for the Avodah – then Hashem saved them. This happened through the Kohanim – those that served Hashem. And then a miracle happened also with the lamps.”

HIS BROTHER BEFORE HIM

Eventually, Seleucus IV fell under extraordinary pressure. He had lost a war with Rome and had to pay them war debt. He sent his minister Heliodorus to the Beis HaMikdash to collect money out of its treasury. In the years before the rise of Antiochus Epiphanes IV – the villain of Chanukah, Heliodorus succeeded in getting that money out of the Beis HaMikdash treasury. When he returned from Yerushalayim back to Seleucus IV – Heliodorus assassinated him!

Heliodorus then took the throne for himself. Seleucus’ son should have been the true heir, but he was being held back as a hostage in Rome. Eventually, Seleucus’s brother, Antiochus Epiphanes, pushed out Heliodorus and took over the Seleucid Greek Empire himself. He implemented the Hellenization process ever further.

By the way, Antiochus’ original name was Mithridites. He ruled from 175 BCE to 164 BCE – a total of eleven years.

The point is that, initially, his family had some respect for the traditions of the Jewish people – to the point where they themselves gifted items to the Beis HaMikdash and exempted the Korbanos from taxes. The Midrash that tells us how Antiochus was aware of the efficacy of the Korban Tamid as well as the lighting of the Menorah – now further sheds light on the historical context behind the pre-history of Chanukah. We can also see why he may have been especially concerned with Rosh Chodesh, Bris Milah and Shabbos.

The war itself encompassed many miracles of the nature of gibborim b’yad chalashim. When we recite the Al HaNissim let us keep this in mind. Imagine, for example, the New England Patriots playing tackle football with a group of Kollel yungeleit who are masmidim – and that the Kollel yungeleit wipe the floor with them. This is the level of the miracle.

In the Battle of Adasa, General Nicanor was defeated and killed. This day, the 13th of Adar, was declared a special day by Yehudah Maccabee (See Megilas Taanis). Later it was rescinded after the destruction of the Beis HaMikdash.